Review: Ilana Glazer, “The Planet Is Burning” on Amazon Prime

About that title. Ilana Glazer means it literally, telling the audience early in her first stand-up comedy special that The Planet Is Burning, adding: “and the mean dinosaurs in office just don’t seem to mind.”

But that’s not the central message, nor the main focus of her solo hour. As I wrote in my review for Decider:

Rather, Glazer looks to the future and sees hope in our youth, who don’t seem to buy into longstanding societal standards of gender existing as only two extremes of macho men and feminine ladies. “The whole thing’s a sham. A total lie.” We’re all somewhere in the middle. At least she is. And she argues that homophobes or rappers starting a song with “no homo” are just revealing to us that they’re in fact obsessed with homosexuality.

Glazer lived with a gay best friend for many years before moving in with her husband, and tries to see how the world works, or doesn’t work, for everyone.

She would much rather delight in acting out scenarios that illustrate the stark differences in how society treats men and women. Take razors, for example. Glazer turns her disdain over the shoddiness of women’s razors into a fantasy of paying a man to shave her at the most progressive Brooklyn barbershop.

She’ll also go deep, so to speak, describing the peculiarities of the diva cup, and why it’s much better than dealing with tampons or pads.

It’s amusing, to be sure, but not as hard-hitting as her retelling of Hebrew school Holocaust exercises, or reminding us of the fashion icon behind Nazi fashions. Or her take on Mel Gibson and Hollywood’s historically tepid treatment of bad men. For more of all of this, you’ll have to go to her Instagram stories or her real-life events promoting her activism outside of comedy. 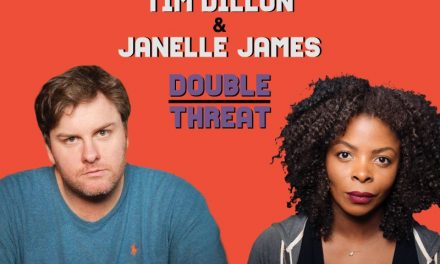 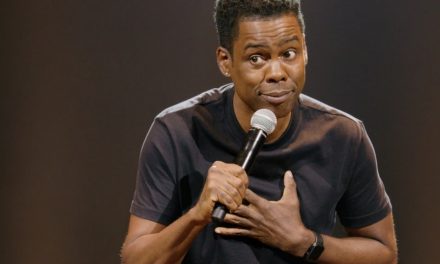 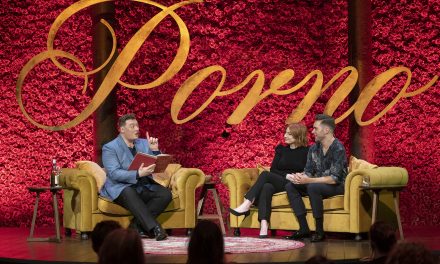