First look: Kirk Fox as host of “The Test”

“If I’m doing my job correctly, it’s going to be a beginning to a new chapter in their life.”

That’s stand-up comedian Kirk Fox. But he’s not talking comedy. He’s talking the talk as the host of new daytime syndicated program, The Test. As he noted on his Twitter feed @KirkFox: “I may be a comedian, but the test is no joke.” Rather, it’s a one-hour program in which Fox presides over DNA tests, lie detector tests and other ways of resolving conflicts between people. Dr. Phil and his son Jay’s Stage 29 Productions are distributing the show via Tribune and CBS, and Fox previously appeared multiple times as a guest on Dr. Phil’s show.

Here’s your first video footage from The Test.

Plus more with Kirk Fox, where he lets us know who he is. “I’m not a comedian. It’s just one of the things I’ve done. I’ve been an actor, a writer, taught tennis for 10 years. I’ve always engaged with people. I’ve always liked people. And I feel all of those things that I’ve done has led me to this moment.” 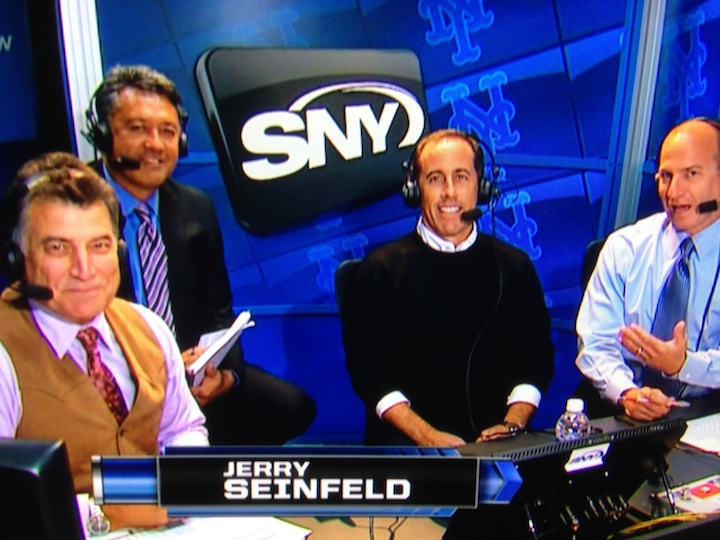 Mets fan Jerry Seinfeld in the SNY booth at Citi Field, on “Comedians In Cars Getting Coffee,” Keith Hernandez’s “Seinfeld” episode and more