Been there, done that: Ted Alexandro on the UCB, and the 2002 stand-up petition to NYC clubs 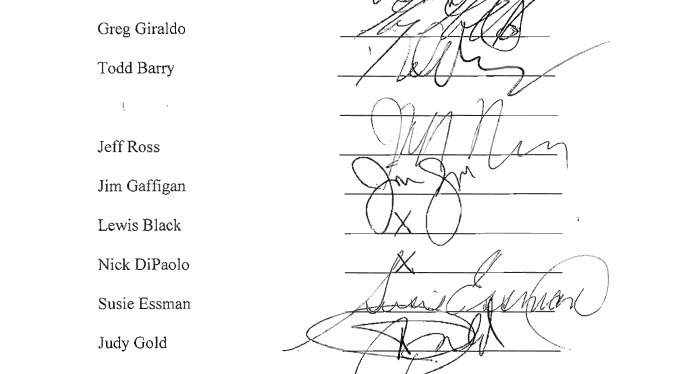 “New York City is the Mecca of standup comedy and we, as comedians, are proud to share that tradition with you, the clubs providing comedians with a venue to perform. However, while the clubs are thriving we feel that we are not being adequately compensated for our work. The weekend rates for comedians have seen a negligible increase in the past 15-20 years, and in some cases no increase at all. Again, New York City is the standard, and with this in mind we ask that our weekend pay be adjusted to a level commensurate with the revenue being generated and the work that we do.”

That’s the opening paragraph from a petition circulated in 2002 by NYC-based stand-up comedian Ted Alexandro. Over the course of several months — in the time before social media networks — Alexandro gathered signatures from upward of 64 headlining comedians then working the New York City comedy clubs.

Alexandro, Eddie Brill, William Stephenson and Vic Henley topped the petition and included their phone numbers, asking the clubs to work with them to find a common solution. The stand-ups hoped to increase weekend spot pay from $50 (which had been in place since 1987) to $100 in 2002 to cover cost-of-living increases over those 15 years. Others who signed included Lewis Black, Dave Attell, Sarah Silverman, Greg Giraldo, Jeff Ross, Susie Essman, Judy Gold, Jim Gaffigan, Mike Birbiglia, Todd Barry, Nick DiPaolo, Marc Maron, Louis CK, Patrice O’Neal, Godfrey, Judah Friedlander, Tom Cotter, and many others. 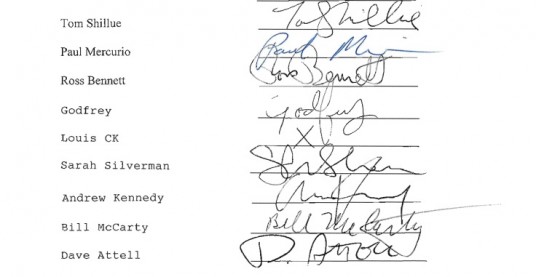 The Comic’s Comic spoke to Alexandro at length on Tuesday about the current debate among stand-up comedians who work paid weekend shows (specifically at the UCB, in this debate; although the practice happens elsewhere), without being paid themselves. Today, Alexandro posted this response.

Some comedians have recently raised the issue of comedians’ pay (or the lack thereof), specifically at Upright Citizens Brigade Theater. I think it’s wonderful and commendable that several comedians, notably Kurt Metzger, have spoken up and initiated a dialogue. In my experience, dialogue between comedians and clubs/theaters/venues is good and has proven to be beneficial. I think the level of passion suggests that the dialogue was probably overdue.

Starting a business, especially in NYC, is an enormous undertaking. My hat is off to anyone who can create a successful business, and this includes comedy clubs as well as comedians; we essentially create and manage our own business as freelancers. However, I would also suggest that if your business model includes not paying workers, that is problematic and needs to be addressed. I do not know the individuals involved at UCB personally, but I imagine that they would be reasonable and, at the very least, open to discussion. It also bears mentioning that UCB is by no means alone when it comes to the issue of pay, but they are under the microscope at the moment.

In my own experience of speaking with NYC comedy club owners over the years, I’ve found them to be open to dialogue. Twice in the past 10 years, I’ve helped organize comedians to address the issue of pay. Each time, the clubs have been receptive; certainly some more than others. In April 2002, I wrote a petition asking NYC comedy club owners for a pay raise. Over eighty comedians signed the petition and the weekend pay, which had been $50 since 1985, was raised to $60-65.

Again in 2004-2005, a group of comedians came together to form The NY Comedians Coalition. Spearheaded by Russ Meneve, Tom Shillue, Buddy Bolton and myself, over 300 comedians met to discuss various concerns. Of course, comedians’ pay was at the top of the list. We felt we were not being adequately compensated for our contribution to the success of the NYC comedy clubs. We also met with comedian Tom Dressen, who led the strike against The Comedy Store in L.A. in 1979. At that time, comedians were not being paid anything. Dreesen organized a group of comedians that included David Letterman and Jay Leno, and after eight weeks, The Comedy Store agreed to pay the comedians.

Alongside a terrific team of advisors from AFTRA, we met with representatives from each of the comedy clubs. After weeks of discussions and negotiations, the pay was raised, from $60-65 to $75-85 on weekends. Host pay and weeknight pay were also raised to varying degrees. Progress was made because we came together and voiced our desire for change. It remains a highlight of my comedy career because of the progress we made and the relationships that have resulted, both with comedians and clubs.

In recent years, NYC has seen a merging of various performance scenes. The comedy club scene, the alternative comedy scene, the storytelling scene, the bar show scene have cross-pollinated and performers regularly move from one to the other. In my opinion, this has been a positive development for all involved. It has allowed the intermingling of artists who otherwise might not have had the chance to work with one another.

However, different standards of pay from different scenes have resulted in worlds/philosophies clashing. UCB, and other venues, are now regularly booking stand-up comedy shows on weekends and not paying the performers because that is the norm in the improv world. Stand up comedians are used to being paid, certainly on weekends, and several comedians have spoken out on the issue. If folks running UCB or improv venues were unaware of the norms in the stand-up world, they now have an opportunity to get up to speed and decide how they would like to proceed going forward. Either way, I am of the opinion that if customers are paying to see a show, those who are on the show should be paid.

In the past couple of days, several people have asked my opinion. Here are my thoughts:

– I’m thrilled that these comics have spoken out and stood up for themselves and their colleagues. Though difficult, I think it’s wonderful and necessary. Bravo.
– When there is a chorus of voices speaking out, rather than just a few, the message is more likely to be heard.
– I think dialogue is important, useful and usually beneficial.
– While frustration can boil over, it’s important to approach discussion respectfully, mindful that we are all dependent upon one another.
– If we don’t ask, club owners will assume everything’s fine.
– I’ve found that club owners are often quite reasonable when approached, and will readily engage in dialogue.
– There are multiple sides of these issues and negotiation means listening and hopefully finding middle ground.
– Ultimately, clubs will do what is best for their business. Comedians, too, must do what is best for their own business. If that means not working certain places, so be it.
– Everyone is at different stages, professionally. Part of being in the arts (or life) is constantly assessing what you will say “yes” or “no” to.
– I don’t think it should be viewed as an “us against them” dynamic, in terms of “stand-up vs. improv” or “owners vs. talent.” Ultimately, I think we all benefit from a good working relationship on all fronts.

I think one lesson to be learned is to keep the lines of communication open and make this type of dialogue an ongoing and healthy one. I think it’s incumbent upon comedians to advocate for ourselves. This is a tough business; just finding your own individual path is demanding and time consuming. So to speak up for others is courageous, important and I commend and thank those who have. I would encourage others to do the same, whenever possible. In my experience, it has always been worthwhile and enriching.

My hope and expectation is that as both sides continue to dialogue, some type of progress will come about yet again. It already has. 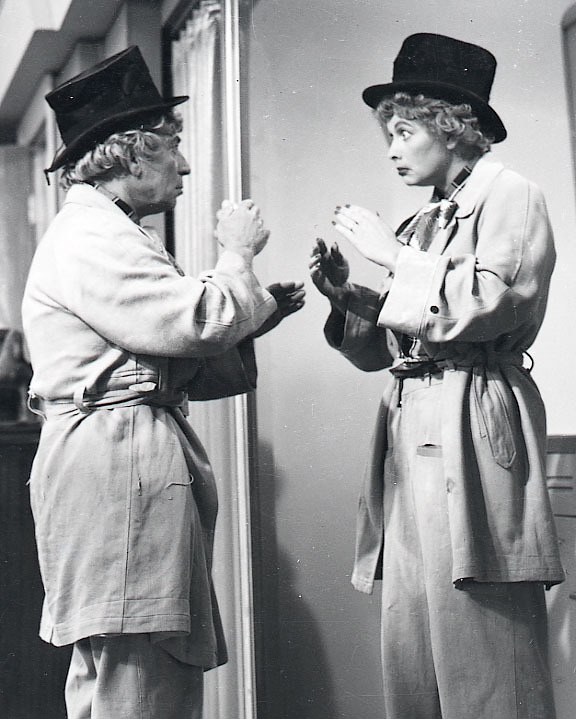 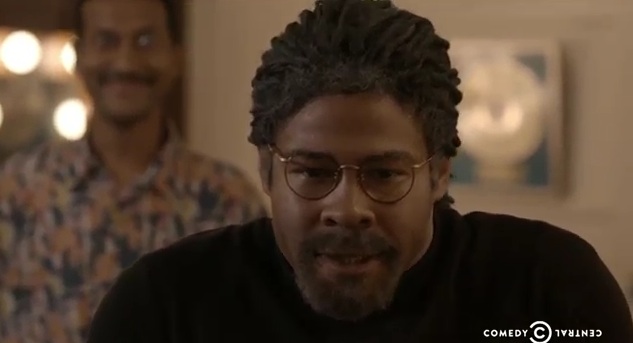 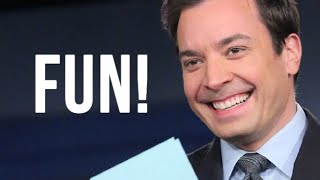 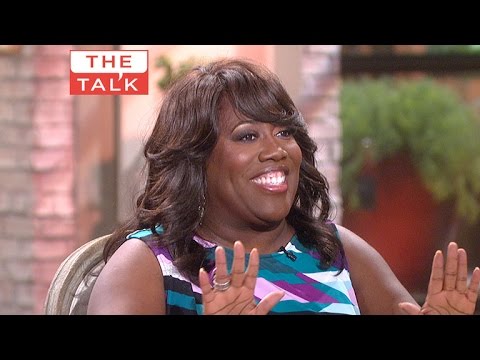