The past year, nay, past decade — don't start with me, number nerds, because the 00s were the uh-ohs, and now it's the '10s, so get with the program — seemed like everyone who started a blog did done got them a book deal out of it. Good thing I started a blog writing about comedians, right? Right! But in the last month of the last year, the Internet gave birth to the mother of all blog-to-book deals, a little Tumblr called Look At This Fucking Idea For A Blog-To-Book Deal, or for short, Fucking Book Deal. 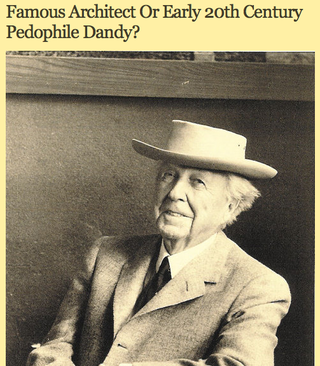 Turns out it's brought to you by two of the minds who, a decade earlier, gave birth to Television Without Pity, Tara Ariano and her husband, David T. Cole (aka Glark). I talked to Tara about this earth-shattering development.

Was there one particular book deal that inspired you and Glark to launch the Tumblr? Not really; this just seemed to be a year where there were so many — plus the ShitMyDadSays TV deal. It does seem like there should have been one where we were like, "Now that is TOO MUCH," but there wasn't.

I know as I've watched watched one person after another get book deals for insanely easy and manipulative ideas, I often have wondered two things: 1) Why haven't I thought of that, and 2) How can I channel my anger and frustration at these people into something positive? I feel like you beat me to it with FBD! Ha! It definitely is meant to be positive. We don't have any axes to grind; we're just being silly and trying to make each other laugh.

On a side note, I know for me, it was seeing This Is Why You're Fat, which was a bunch of photos the "writers" didn't even take. Most of those sites are using crowdsourced content, though — Passive-Aggressive Notes, certainly, only takes submissions where the submitters release their rights.

So you're saying you're not trying to send a message to these blog-to-book people? You're not nullifying all of their ideas before they can make them happen? I think most of what we've done so far are parodies of existing sites that either already have book deals or will any minute now anyway. But no, we're not trying to shame anyone out of their single-serving site ideas. More power to anyone who can wring money out of the publishing industry — they should while there still is a publishing industry.

What have you heard from bloggers and book publishers since launching the site? We haven't really heard from bloggers directly, other than nice reblogs from some influential sites (like Buzzfeed, for example, a couple of weeks ago). As for publishers, nothing yet — but I'm in Canada and can't check my voicemail until I'm back in the U.S.! There are probably dozens of messages waiting!!!

When did you launch it? December 2.

According to Tumblr timelines, shouldn't you have that book deal by now? I know! Have you thought about trying to make it a book of ridiculous book ideas? If someone wanted to make one, obviously we would be thrilled to do that. It's certainly the only way to make this project even more ridiculous.

Have you posted any ideas yet that you've thought, you know, if we weren't merely kidding around, that would be a fun book to read? "Read" is a strong word; our site is kind of like The Onion in that the headline is basically all you need to consume before you get it. But a fun book to LOOK AT…who wouldn't buy "Bill Clinton In Bad Weather"?

Right, right. Picture Pages. "Shit A Grad Says" is probably something that could be very easily crowdsourced. But I like that the posts are all different; I don't think there's any idea we've had that we thought was so great we would want to do a site that was…just that one thing.

Have your employers wised up to this operation yet? I sent the link to my boss the day after it launched and he got it immediately; as I recall, he particularly responded to "Famous Architect Or Early 20th Century Pedophile Dandy?"

Since you're an Internet professional, what perspective can you offer on what kind of madhouse the WWW has become since way back when, when you were first developing what became Television Without Pity? That's such a huge question that it's hard to respond! I do know no one would start a site like TWoP now; way too much overhead, and too many words! But in 1999, the idea that if you missed a show you'd just be able to buy a digital copy from Apple or watch it for free online was practically science fiction talk.

Now you can just look at "Faces of Old Dogs" on Tumblr instead of going to see the movie. We're living in a golden age.

The age of blogs-to-books! Yes.

Comedian Tom McCaffrey and friends made a rap album. No joke. McCaffrey explains himself.

One thought on “Interview: What’s the deal with F*cking Book Deal?”