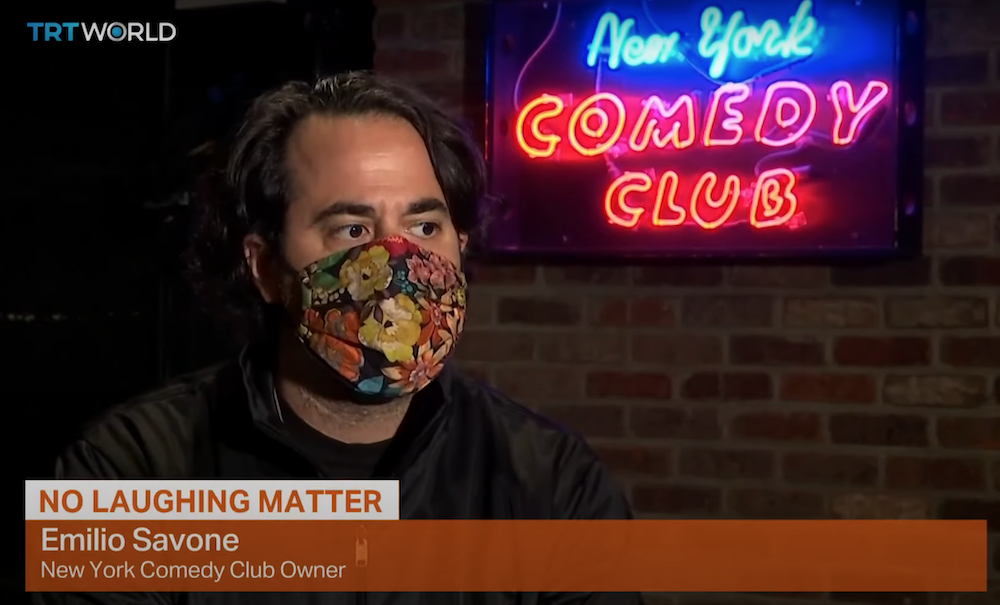 New York Comedy Club and Broadway Comedy Club joined six small city theater venues in filing a lawsuit Friday in Federal District Court in Manhattan, arguing the city and state unfairly have kept them shut down this fall while allowing other entertainment venues to reopen amid the COVID-19 pandemic.

The other plaintiffs in the suit include the Theater Center, the Players Theater, Actors Temple Theater, SoHo Playhouse, the Gene Frankel Theater, the Triad,

New York Comedy Club has been running shows on rooftops this summer and fall, in addition to previously attempting sidewalk shows at partnering pubs and restaurants. Broadway Comedy Club is currently doing shows via Zoom.

And yet…comedy clubs have received little to no relief, outside of the Paycheck Protection Program loans some had sought and found this spring.

Gov. Andrew Cuomo said in a radio interview last month with Long Island News Radio, “How essential is a comedy club when you’re talking about a possible infection rate? Not to offend people in the comedy club — Lord knows we need to laugh — but those are the calibrations we’re making.”

Kambri Crews, owner of QED, even put together a 5-page proposal last month to help Cuomo draft legislation and regulations for comedy clubs to reopen safely in the city (and statewide).

In it, Crews even has an answer to Cuomo’s radio claim.

Comedy (and the arts in general) may seem frivolous when so many are struggling. However, it is a defining pillar of New York City and an essential part of its financial ecosystem. There is a concrete value that goes beyond the emotional and cultural enrichment they provide. Arts spaces have a “multiplier effect”–for every ticket sold an additional $12 is spent in the surrounding neighborhood, boosting the local economy as our customers patronize local restaurants, bodegas, taxis, retail shops and more. We are also a massive driver of job creation, and a $35.1 billion dollar industry according to the NYC Office of Nightlife.

Plus, laughter is the best medicine, right?

So some clubs are simply taking matters into their own hands. The Stand has been hosting podcast recordings in its restaurant while other indoor diners and drinkers look on, and holding live stand-up comedy outside on the sidewalk for its outdoor patrons. The Comedy Cellar, similarly, promotes every night that fans should come on down to The Olive Tree Cafe (the restaurant above the Cellar) and enjoy “dinner” with the comedians. The Cellar has long had tables in the back reserved for comedians only (made famous in Jerry Seinfeld’s documentary Comedian), and has put mics on those tables in the past to record podcasts. If you’re eating dinner, and another table in the joint just happens to have comedians sitting there, and their voices carry, that’s just a bonus, right? It’s not a ticketed show, certainly.

All the comedians who couldn’t get into those clubs to begin with, meanwhile, have been forced to take over city parks, private rooftops and commandeer any plot of outside space they can to set up makeshift stand-up shows, with audiences sitting or standing wherever they can find safe places to do so.

It’s not conducive to building or maintaining a comedy career. Or a business.

Saturday Night Live started its new season this month back inside 30 Rock, with live studio audiences, getting around the regulations by paying the audience members so SNL could claim them as employees. 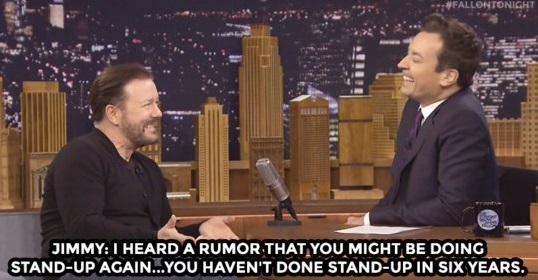 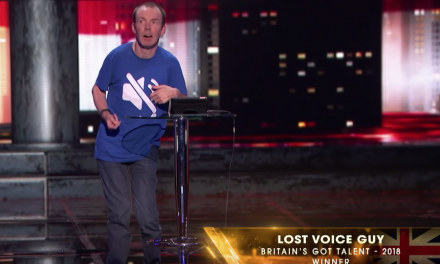 Lost Voice Guy performs on America’s Got Talent: The Champions