Here are some of the Comedy Clubs and Theaters that received more than $150,000 from the Small Business Administration’s Paycheck Protection Program This Year 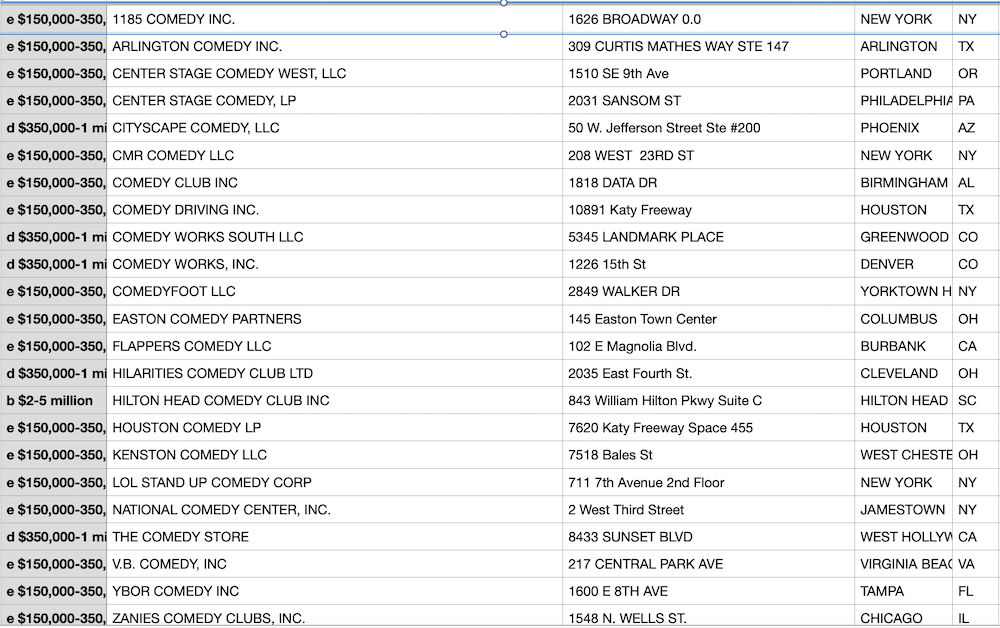 When the federal Small Business Administration finally released information this week on how they distributed $670 billion in available funds this spring through PPP (Paycheck Protection Program) loans, comedy fans were quick to pounce on the Upright Citizens Brigade Theatre for claiming massive sums for its training centers in New York City and Los Angeles.

But they weren’t the only improv gurus with a shuttered theater to claim six- or seven-figure bailouts from the U.S. government.

In fact, Charna Halpern also received between $350,000 and $1 million, despite announcing recently that she would not be able to reopen her iconic iO Theatre in Chicago. The UCB4 similarly received $700,000 to $2 million to cover employee paychecks and expenses at the NYC and LA training centers, yet announced closing up shop for its NYC theater.

The SBA’s PPP consists of loans for businesses to keep paying employees who couldn’t work during the Coronavirus (COVID-19) crisis. The loans “will be fully forgiven if the funds are used for payroll costs, interest on mortgages, rent, and utilities (due to likely high subscription, at least 60% of the forgiven amount must have been used for payroll).” Any small business (according to SBA standards) could apply for the forgivable loans. Some critics of the program pointed to large chains that had claimed big payouts (and some of those companies gave back the money after being publicly shamed), and this new fuller accounting has led to other criticisms about payouts to lobbyists, friends of President Trump, and hypocritical acceptance of federal money by companies that rail against taxpayer-supported funding.

But let’s take a quick look at the comedy industry.

Of the 661,219 companies that received at least $150,000, there were about 30 that could be directly traced to comedy clubs and theaters. BUT that doesn’t include the 282 other companies with “Theatre” in their name, or the 84 with “Theater” in their name, or the several hundred more with names such as Productions and Entertainment. So it’ll take a bit longer to sift through all of those. And some comedy clubs may operate under completely different, unidentifiable business names. So there’s that, too. With those caveats, here are the ones we can quickly round up.

Between $2 million and $5 million

Here’s a statement from The UCB4 co-founders explaining their case for asking for and taking PPP money:

Employees at several of these venues also had launched GoFundMe fund-raisers, or had comedians perform benefits on their behalf. Among them: Some $600,000+ raised for comedy club GoFundMes in coordination with Mike Birbiglia’s “Tip Your Waitstaff” campaign; The Comedy Store’s comedians put on a benefit show in April that raised more than $100,000. 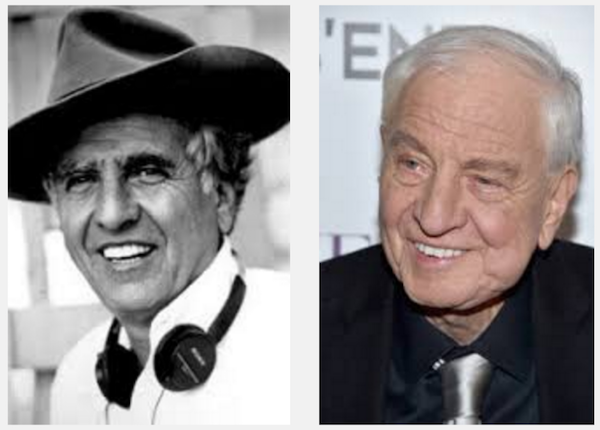