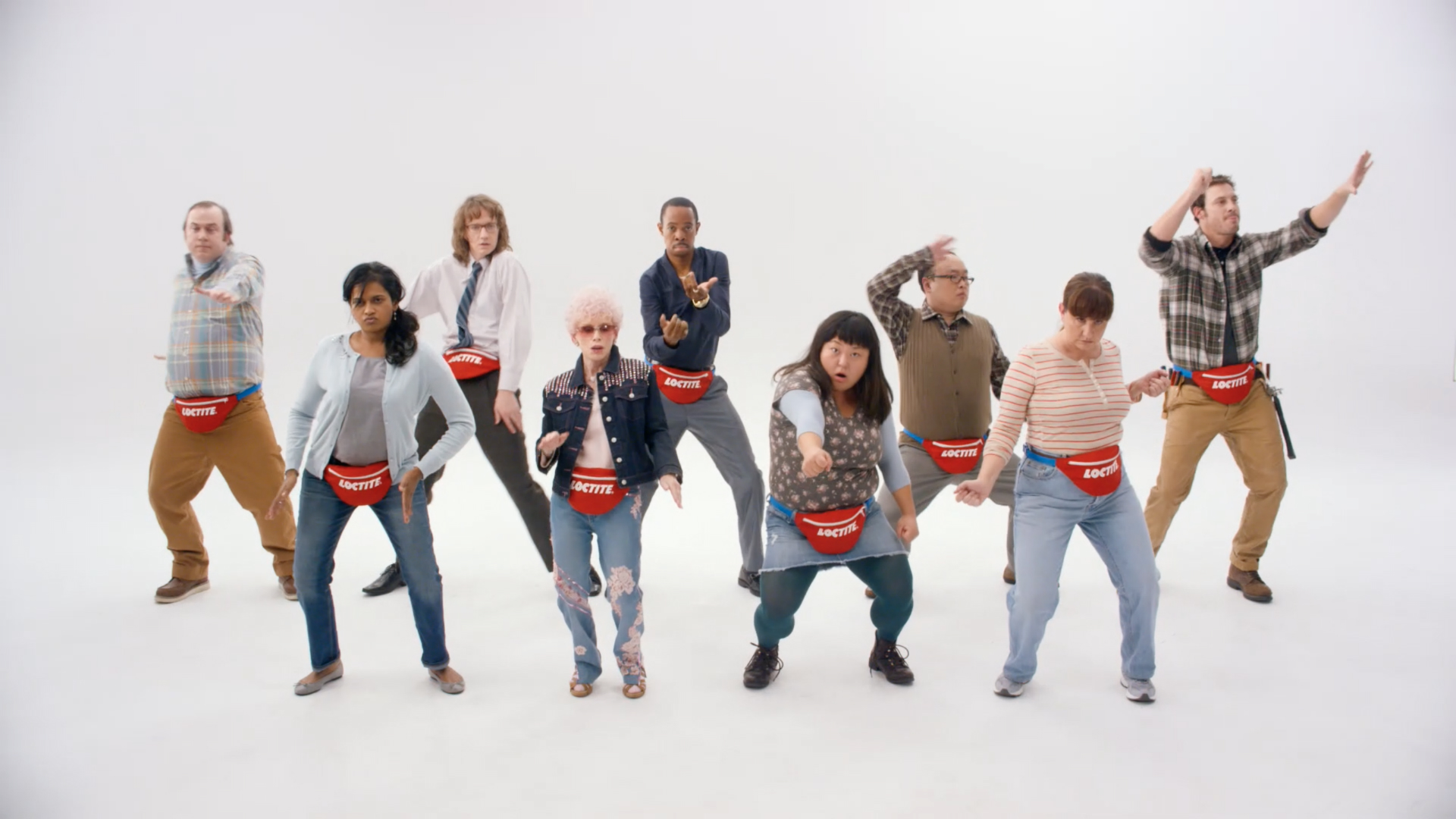 Of the more than 100 million people watching the final quarter of Super Bowl XLIX on Sunday, many were taken aback by a group dancing with fanny packs all in the name of glue. Not even Crazy Glue. Nor Cragle! Twas Loctite for whom they shilled, and their faces and delivery bore the obvious hallmarks of two fellas named Tim and Eric, who directed the spot.

Tim and Eric often populate their various Adult Swim series with the oddest character actors they can find, and this was no different.

Online, you can find not only the 30-second spot that aired during the Super Bowl, but also a two-minute dance remix and a number of much shorter vignettes and images designed to lodge in your mind long and hard enough to force you to share them with others.