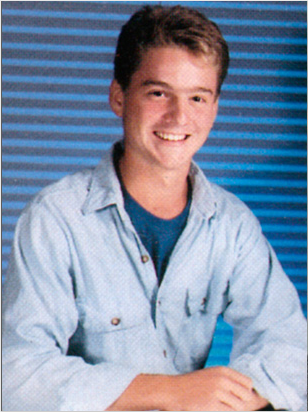 IFC has filmed a new round of interstitial bits with Scott Aukerman for IFC’s Comedy Death-Ray, and in this little bit, Aukerman asks his friend and colleague in comedy — Zach Galifianakis — about his experiences in high school. Because they’re supposedly in an ad break during an episode of Freaks and Geeks on IFC.

Hey, look. Here’s a photo of Zach Galifianakis in his high school yearbook in North Carolina from 1988. Can you glean anything from this photo and make a prediction? OK. Now that you’ve formulated 1,000 words from this picture…

What did Galifianakis say high school was like for him? Roll the clip!

One thought on “What Zach Galifianakis told Scott Aukerman about high school, versus what his yearbook photo looks like”