Just a quick programming note and reminder. In about an hour, or 2 p.m. Wednesday EDT, I'll be joined by Michael Ian Black, Judah Friedlander, Sara Benincasa and The Comedy Store's Alf LaMont for a free-wheeling discussion about comedy and the Internet for Internet Week NY. 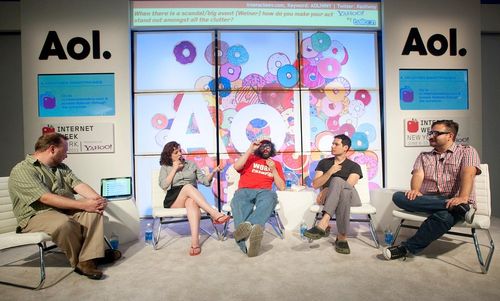 The panel is called "Everyone's a Comedian," and you should be able to follow along via UStream at the #iwny live-streaming site.

We talked about how the Internet has opened up the world of comedy to everybody and anybody, and how that is both a very good thing, and sometimes a problematic thing. And also other things. Twitter! Tumblr! YouTube! Witstream! Facebook! The Bronx Zoo Cobra! An obligatory Weiner reference up front, despite it being too easy! Just sit back and listen. Maybe you'll learn something. Hopefully you'll laugh. And there will be at least one moment while Judah talks that leaves us all slightly stunned.

UPDATED with VIDEO! In case you missed it, or just want to relive it all over again…

Related reading: Gothamist talked to Judah Friedlander in advance of our panel. So did Adweek.