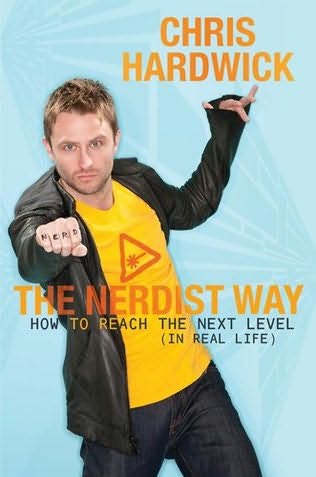 Chris Hardwick is having a very productive 2011, and his growing Nerdist Industries empire now has newsletter publisher GeekChicDaily as a partner in that expansion.

‚ÄúI envision a Nerdtopia where video games are free, Cheetos are currency, and robot concubines sate our sexual thirsts. I am confident that Peter Levin, his brain-trust of genius partners and their combined business acumen will provide the infrastructure to help me accomplish this,‚Äù Hardwick said today.

While he hasn't achieved a world in which Cheetos are recognized as currency, Hardwick has accomplished quite a few other achievements in the past year: launching a popular podcast edition of Nerdist, turning the back of Meltdown Comics in Hollywood into the NerdMelt Theatre, selling a pilot to BBC America (which also will see him hosting that channel's comedy block this summer), and writing a book, The Nerdist Way, due out in November. He's also been involved in an animated pilot at IFC for Hard N Phirm, and continues to host Web Soup on G4.

Said GeekChicDaily founder and CEO Peter Levin: ‚ÄúWe look forward to working side-by-side with Chris to elevate the Nerdist brand and bring the offering to a variety of new channels and consumers.‚Äù

MTV2 launches “Joking Off” with DeRay Davis on April 1, 2015, with a crew of comedy improvisers

Pic of the day: Zach Galifianakis gets a case of Whiplash, and spins circles around a rowdy Brit