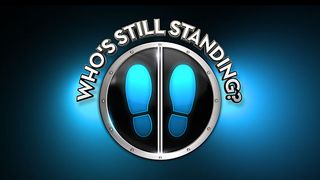 Stand-up comedian Ben Bailey — who has won an Emmy for his work hosting the Discovery Channel game show, Cash Cab — has added a second TV trivia game show to his resume. This time, Bailey is going primetime network, as NBC announced today that he'll be the host of its new quiz show, Who's Still Standing?, when it debuts later this year or in 2012.

Based on an Israeli series (and also familiar to people who watch The Ellen DeGeneres Show, the show offers the chance for one contestant to win up to $1 million by defeating opponents in a fast-paced trivia game, with losing contestants dropping through trap doors in the floor.

"Ben is clever, entertaining and a huge authority in the trivia world," said NBC's Paul Telegdy. "Through its questions, this series taps into so many areas of knowledge and consistently builds to a drop, so everyone at home will enjoy playing along."

"I am really psyched to be hosting this new show 'Who's Still Standing?' because it's totally unlike any other show," said Bailey. "Contestants can win up to a million bucks but they could also drop through the floor, literally. It's got great trivia, it's got big money prizes, and it's got real action and on top of all that, I don't have to deal with driving in any traffic. I am really excited and I can't wait for people to see it."

Coincidentally, Bailey's one-hour special "Road Rage" premiered on Comedy Central on May 21, 2011. He is represented by Gersh.