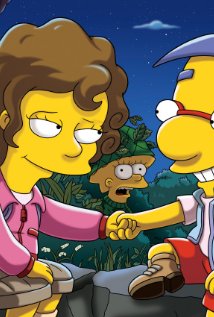 On the May 8, 2011, episode of The Simpsons, "Homer Scissorhands," comedian Kristen Schaal guest-starred as the voice of Taffy, a potential love interest for Milhouse who also may have made Lisa Simpson a little jealous in the process.

Except the show got Schaal's name wrong last Sunday on FOX, crediting her as Schall (see inset, right).

So this Sunday, the producers and writers of The Simpsons apologized to the comedian. Right in the intro… 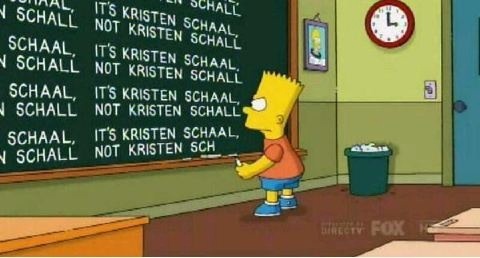 Schaal noticed, writing Sunday night on Twitter: "Wow! Simpsons, thank you for the chalkboard correction. I can't stop smiling. No one's ever been that nice." Apology accepted!

Jim Gaffigan, his kids and his stand-up in a Chrysler Pacifica