Skip to content
December 7, 2022
Interviews / Meet Me In New York

Louis Katz (pictured below by Mindy Tucker) hit the daily double this week, releasing both a digital album via Comedy Central Records and his first half-hour Comedy Central Presents. I first got to see him live a couple of years ago when he came to New Jersey to film a set for HBO's Down and Dirty with Jim Norton. Doug Stanhope gives him a testimonial for his new CD. Katz also has a seal of approval from Dave Attell, and that should be good enough for you. And like Attell, Katz is a New Yorker now. Before you see him on your TV tonight and stay online to buy his album, let's get to know him! 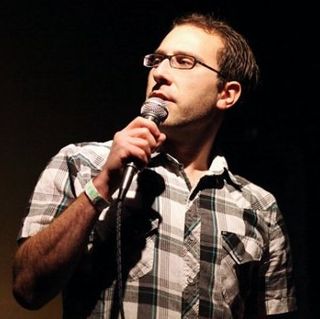 Name: Louis Katz
Arrival date: April 2009
Arrived from: Los Angeles
When and where did you start performing comedy?  Summer of 2001 in San Francisco/Oakland CA
What was your best credit before moving here? HBO's "Down & Dirty with Jim Norton"
Why did you pick NYC over LA or anywhere else? I was living in LA (my hometown) for about three and a half years before I moved to New York.  I was unhappy with the limited amount of stagetime I was getting, and when I tried pitching a show around, no one seemed to take me seriously because I was so unknown.  I thought maybe if I got some more heat doing stand-up, the industry might pay a little more attention to me.  So I decided to move to NY, the best place to live if you want to become a better comedian.

How long did it take to get your first paid gig in NYC after moving here? I had already worked as a feature act a few times at Gotham before I moved here.

How is this scene better/same/worse than the scene you moved from? STAGETIME!!! There's soooo much stagetime in NY, and more often than not, it's quality stagetime, in front of real people and not just other, bitter comedians.  That being said, I'm not one of those people who thinks all LA comedians suck, because they don't.  There's a lot of money to be made there and that attracts some of the best comedians in the business.  One problem with the NY scene, and NY in general, is that people tend to be a bit close-minded, and have little if any awareness of the world outside of NY.  Comedians here seem to be somewhat oblivious to the larger entertainment industry, and for better or for worse, getting into bed with that industry is what's going to raise your profile enough to headline nationally.  Getting passed at a club or booked in the hot alt room of the moment isn't.

Do you already have an "only in New York City" moment yet? Hobo dick on the subway.

What tip would you give to any comedian who moves here? Don't just limit yourself to the clubs or the alt scene.  Try and get up in as many different places as possible.

In addition to seeing him on Comedy Central this weekend, you can see Louis Katz perform here in NYC and on the road. On April 7-9, 2011, he'll be at the Baltimore Comedy Factory. Here's a clip from his CCP tonight in which Katz describes who vegans are, and why tofurkey is not turkey. Roll it! 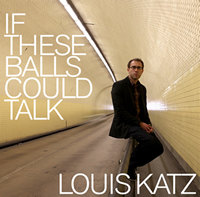 His new CD, If These Balls Could Talk, just dropped on the Internet this week. You like it, you buy it! Just click on this iTunes button for one-stop shopping:

Joe Toplyn on writing for Leno, Letterman, Chevy and more

One thought on “Meet Me In New York: Louis Katz”