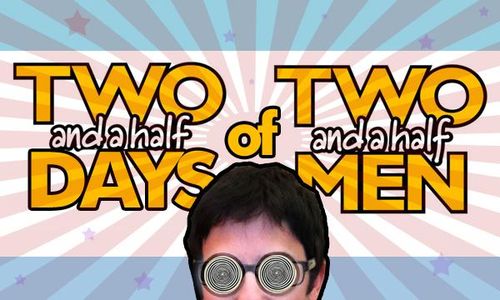 Are there any ground rules? Ozeri replied: "The rules will be presented tomorrow and in the Funny or Die video, but here they are:
a) I must be in audible distance from the TV set.
b) I cannot avert my eyes for more than 30 seconds.
c) I am allowed to go to the bathroom, but only have five minutes.
d) I will be given two tokens of 2.5 hours of each for sleep. I can only use them every 24 hours!"

"I thought of it months ago, but Charlie getting arrested in the hotel room was the thing that got it back in my head. I originally had counted the episodes on Wikipedia and when I discovered that it would be exactly 2.5 days I was like – I have to do this. I discussed it with Curtis (Gwinn) and he was like – we have to do this. I approached Funny or Die and they were like – we want to do this! And with Sheen losing his mind, it seemed like the perfect time!"

For those of you who don't have an entire weekend to spend online with Ozeri to see if he also loses his mind in the process, not to worry. Gwinn will be directing a video of Ozeri's stunt for Funny or Die.

3 thoughts on “Yowie zowie! Watch Gil Ozeri watch two and a half days of “Two and a Half Men” for Funny or Die”