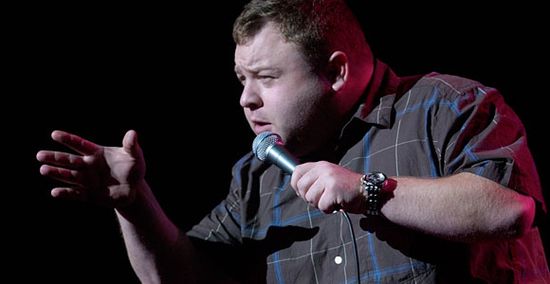 In a statement on his site, comedian and impersonator Frank Caliendo announced today that he would be ending his run at the Monte Carlo resort and casino in Las Vegas this coming spring.

That's eight-and-a-half years short of his 10-year contract, which Caliendo began in October 2009.

Caliendo cited his family, and a desire to pursue projects outside of Vegas and in TV and movies, for the early split.

"Performing at Monte Carlo is an experience I won't soon forget. From day one, the support from the staff and fans has been amazing. However, the demands of traveling from Phoenix and away from my family have been harder than I anticipated. With this move, I hope to take advantage of opportunities in television and film that will allow me to spend more time as a husband and a father."

No hard feelings from the Monte Carlo, according to the statement from resort/casino President Anton Nikodemus: "Frank has become a part of the Monte Carlo family over the last year. We absolutely love having him here, as have our guests, but we understand that family should always come first. We wish Frank every happiness and thank him for the time spent with us."

Caliendo still appears regularly on FOX NFL Sunday. Here is his performance from this past Sunday, featuring his impersonation of Jay Leno. Roll it.

Coming in October 2017: “Too Funny to Fail,” a Hulu documentary about The Dana Carvey Show