It's the end of August, which has become the silly season for Saturday Night Live, in which comedy fans obsess over every single detail of the casting of both on-air talent and writing staffers — helped, in part, by the show's insistence on keeping current employees mostly in the dark on their own rehiring — before the new season begins in earnest. But what does it say about SNL that fans care so much about even new writer hires? It says a lot to me about how the show is still very relevant and special among all TV comedies.

We learned yesterday that Will Forte had decided to call it quits after eight seasons (I'll have more to say on this in a separate post). And the buzz buzz buzz has fueled rumors of multiple new hires to the cast for the 36th season, which debuts Sept. 25, 2010.

Multiple sources are confirming up to three new additions so far to the cast. 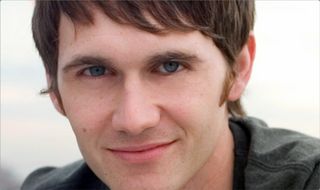 The first is Chicago-based improviser and sketch comedian Paul Brittain. Brittain is a performer and instructor at iO Chicago, appearing regularly onstage with house team Mike Helicopter and recurring shows Challenger and Jim Paul Jet Paul. He has performed in shows and theaters throughout Chicago, and starred in his own one-man show as "Sex Ed."

Brittain also had previous experience with NBC as part of the syndicated Sports Action Team (see this old clip of him playing the ghost of Steve Prefontaine). Here's the 2008 trailer for his "Sex Ed" show, which he performed earlier this summer in the TBS Just For Laughs Chicago festival. If these clips are any indication, he does seem to have a thing for mustaches, for you folks who already miss Forte. Roll it!

Vanessa Bayer is a Cleveland native who also performs throughout Chicago and elsewhere, either via iO Chicago (with Harold team Revolver and puppet show Felt), Second City's Touring Company, the Annoyance Theater, and also doing stand-up at Zanies. Here is her face talking in a commercial for Blue Shield of California: 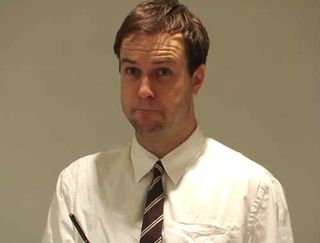 Taran Killam certainly has the most credits of any of the three (and The Apiary can remove its question mark from its post yesterday), previously spending time on-air with the casts of both MADtv and Nick Cannon's Wild 'N Out. Killam was part of the Scrubs "spin-off" on ABC, from which the video below showcases glimpses of his impersonation skills. For fans of How I Met Your Mother, Killam also registers dual awareness both as a recurring character named "Blauman" and in real life, fathering a child with his fiancee, actress Colbie Smulders. And for people who remember the olden times of Web series, then you may recall that Killam starred in something for WB.com called Nobody's Watching, which was co-created and co-written by Bill Lawrence of Scrubs.

Killam became available when his ABC pilot, Freshmen (aka the sitcom Arianna Huffington executive produced that put three rookie Congress members in a house together), did not get picked up to series. You may have seen him if you're in Los Angeles as he is in the cast of The Groundlings.

Here's that clip of Killam from Scrubs: Interns. Roll it!

If you have other SNL news to share or discuss, please drop me a line.