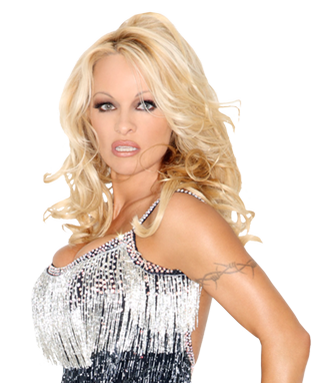 This just in! The Just For Laughs Festival announced that British Columbia native Pamela Anderson, currently starring this spring on ABC's Dancing with the Stars, will host her own Just For Laughs televised Gala at the Montreal festival on July 15, and her dance partner Damian Whitewood will be there, too. No word yet on which comedians will be picked to perform on her comedy showcase.

Anderson joins another TV-based Gala already announced for Montreal this summer, as Tom Papa will be joined by Brad Garrett and others for a special "Marriage Ref" Gala, while Cheech and Chong area lined up to host another Montreal Gala on the weekend of July 14-17.

Tickets are on sale now at the JFL box office. Here's a link to all of the JFL Montreal Galas.

5 thoughts on “Dancing with the Comedy Stars? Pamela Anderson will host a Gala at Montreal’s Just For Laughs fest”