They're not calling it "Def Comedy Jam" yet, or are they, but Comedy Central announced today it had ordered a six-episode series showcasing "urban and hip-hop stand-up" from Russell Simmons and Stan Lathan, the men who created Def Comedy Jam 21 years ago on HBO. 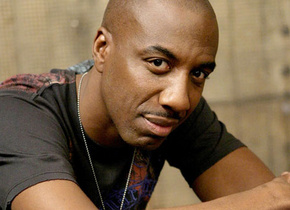 JB Smoove will host the half-hours, which are taping this week — Feb. 24-25 at the El Ray Theater in Los Angeles — and will air this summer on Comedy Central. Each half-hour will showcase three up-and-coming stand-ups and music from DJ Cassidy.

"We've been trying to get into business with Russell and Stan for a while now and this new stand-up series is an exciting first venture for us to partner with them," said Comedy Central's Elizabeth Porter, senior VP of specials and talent. "As someone who was a huge fan of 'Def Comedy Jam,' working alongside these two incredible visionaries on this series has been nothing short of amazing. With JB Smoove as our front man and all the fresh faces that Russell and Stan have discovered for the show, we'll be giving our viewers something really awesome each week."

"'Def Comedy Jam' made a significant contribution to American pop culture by introducing so many superstars," said Simmons. "Now, with COMEDY CENTRAL as our new partner, we're poised to present the next generation of star talent."