Hey, sports fans. Pete Carroll may be leaving the University of Southern California and Los Angeles behind to take a job coaching the Seattle Seahawks, but you don't have to go all crazy superfan on him to make him care about L.A. This guy cares.

Just watch Rob Riggle and Aubrey Plaza creep him out for the fun of it, then go and buy tickets to "A Better L.A.," the comedy benefit show Carroll is putting on with the help of Will Ferrell, Tenacious D, Demetri Martin, Tim and Eric, Riggle, Plaza, Nick Swardson and more. It happens Feb. 20 at the Nokia Theatre in Los Angeles. 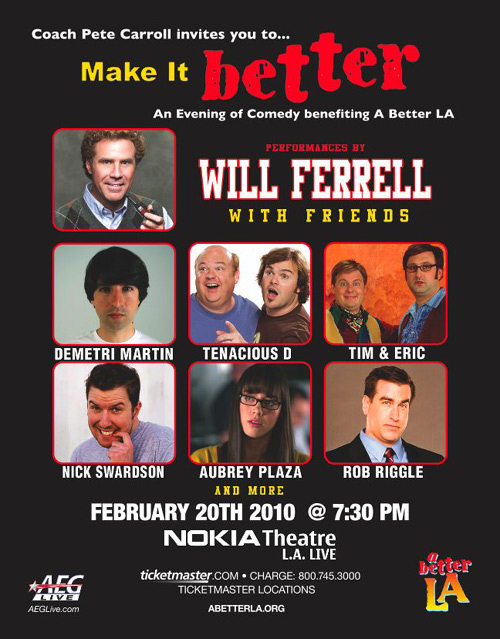