The Second City has been around for 50 years. Fifty! They're going to be celebrating this December with three days and nights of alumni panels, performances and screenings. The main attraction will be a one-time-only SCTV Reunion Show on Dec. 11, with performances by Joe Flaherty, Eugene Levy, Andrea Martin, Catherine O'Hara, Harold Ramis, Martin Short and Dave Thomas. Proceeds from ticket sales ($175-$750) will benefit The Second City Alumni Fund, a resource fund for performers, technicians, support staff and other members of the creative and production teams at The Second City and SCTV. Tickets go on sale Monday, Sept. 14 in Chicago and online at www.secondcity.com.

Other shows will be announced in coming weeks, and you can look at photos and get information at Second City's 50th Anniversary site. 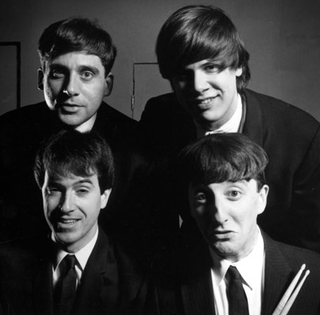 Because today is 09/09/09, and everything is all Beatles anyhow, here's a fun little shot from Second City's 1994 Chicago show, "Are You Now, Or Have You Ever Been Mellow?" Perhaps you recognize a couple of these fellas? (back) Steve Carell, Scott Allman; (front) Stephen Colbert, David Razowsky

If you look at Second City's Chicago alumni list, you will be amazed at just how many talented comedians either got started there or had their careers forever changed by the theater. Just look!