This just in: As we get closer to the 2009 New York Comedy Festival, we've got information for all of you aspiring funny people about this year's edition of the "New York's Funniest Stand-Up" contest, which is open to anyone in the city who thinks he or she is worthy of the title, cash prize, week of gigs at Carolines and a guest spot on one of the major festival shows. Here's the schedule:

So, yes, once again, there will be an open call at Carolines on Broadway for comedians who want to perform a two-minute audition for judges. They'll be looking at your material, originality and stage presence. But I should warn you, too (and not just because I have taken part in this contest in the past). In addition to the line of wannabes who have waited on the sidewalk for upward of hours at a time, the club also has offered scheduled audition times in past years to working professional comedians. This was the practice for Last Comic Standing, too. Plus, the winners in 2007 (Wil Sylvince) and 2008 (Julian McCullough) were regulars at Carolines who already had hosting spots in one of the major festival shows. I'm not suggesting anything downright nefarious here; merely letting you know what you'll be up against. If you're that funny, then you shouldn't have anything to worry about, right? Right. Thirty people will get picked from the open calls to perform in one of two semifinal shows (where you'll get a five-minute set). From there, five will advance from each semi to the finals (where you'll get an eight-minute set). Good luck, everybody!

CBS.com will Heckle U during March Madness 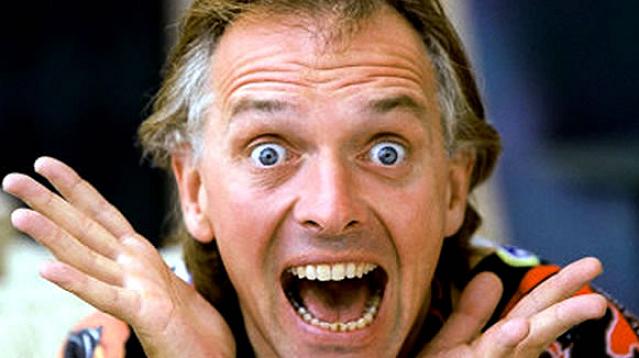 Even when edited for TV, Michael “The Situation” Sorrentino is a horrible comedian #TrumpRoast