It’s OK to approach Oxygen’s Funny Girls with at least a bit of apprehension.

Billed as a “docu-reality” series about six aspiring stand-up comedians too young to see the title as wordplay on the 1964 Broadway musical and 1968 movie that starred Barbra Streisand, but old enough to already know that too many people still have a problem putting the words “funny” and “girls” together — let alone the feminists who may balk at labeling women as girls — the premiere tonight doesn’t do us or itself any favors with a focus on “girl drama” between two of the comedians.

But give it a chance, and once you get past the drama and the penis vision boards and the focus in the first two hours on Ester Steinberg‘s monthly showcase in the Kibitz Room of L.A.’s famed Canter’s Deil, and you’ll see just how challenging it can be to find your footing in Hollywood’s comedy scene, whether you’re male or female.

As Bill Burr advises Steinberg during tonight’s premiere, there are “a zillion white guys” in comedy, not to mention everyone else hoping to be discovered in Hollywood. To succeed, you just have to keep pressing ahead. “No matter what you do, it’s always like a herd of people running at two chairs, and you’re trying to get there,” Burr told Steinberg. “I hate to say that. It’s very depressing. But it’s what it is.”

The first two hours of Funny Girls barely introduce us to Scout Durwood.

In sit-down interviews with The Comic’s Comic last week, Durwood told The Comic’s Comic that she had a “very successful underground career in New York City” in the cabaret world before relocating to Los Angeles, and her first year adjusting proved difficult. Even after booking this Oxygen series. “It’s a great time to be an alt-comic but you also have to find your community within the communities, and I think in Los Angeles there’s not a ton of cabaret,” she said. “It was hard and it wasn’t always airable, to be honest…The hardest part about being a comedian is not getting to be a comedian, and that’s not fun for anybody to watch. There’s a lot of quiet self-torture you go through when all you want to do is be onstage, or that’s what you’re trained to do, and you can’t do it as much.”

It’s not all depressing.

Yamaneika Saunders shines in the early episodes, seemingly the only one acting like she’s in a sitcom while everyone else is going through the now all-too-familiar rhythms of “reality” television. Flirting with the guy giving her a driving lesson. Teasing her comedy colleague for not knowing how to swim, then later leaving that friend’s apartment with a wine glass because it’s not empty yet.

Saunders flies into the picture and into an apartment in the same building as Calise Hawkins, who also moved from NYC to LA for the show — but as a single mother, has to pass up some potential gigs if she cannot find a babysitter for her daughter. Nicole Aimee Schreiber, meanwhile, has only four years of stand-up experience under her belt, juggling gigs with her day job as a waitress; Schreiber and Stephanie Simbari are still young in the game and most in need of stage time, with open mics more or sometimes less welcoming than even the alt rooms, let alone the paid gigs they all seek.

Simbari’s the one not into the “girl drama,” so of course it involves her and Steinberg (and a guy) and drags out over the first two episodes.

Saunders implores Steinberg, who though only 24 runs her own room with her sister, that “we have to give each other breaks” if any of them hope to get ahead in their comedy careers. When Simbari bombs at an open mic with the Steinberg sisters watching, it’s almost enough for Simbari to break, though. Simbari and Schreiber have a heart-to-heart outside the open mic, afterward: “The feeling of someone watching you and judging you for something that you love is one of the hardest things,” Nicole says. Simbari adds: “Someone watching me that I don’t fucking respect or care about.” Welcome to show business.

Behind the scenes, Funny Girls took a couple of years and a wholesale casting change before filming last August through the winter.

Looking back on it a few months later, Simbari said the camera crews really let the comedians do their own thing and simply followed them to film it. “We did our normal life. We booked our own spots,” she told The Comic’s Comic. “We’re just women trying to do our thing, and it’s tough.”

Hawkins added: “The thing I’m happy about, though, is that they really wanted to make this about comedy. They didn’t want to make it like, oh my god, they’re fighting, it’s another reality show. It’s not like that. It’s more fun.”

Hawkins would have stayed in Hollywood had she gotten hired for a writing job, but the show that hired her (new GSN series Lie Detectors) brought her back to NYC. As for her own reality living in Los Angeles, she wishes it had offered more exciting footage. “While we were filming, I thought, oh my God, I don’t get to do anything fun! I want to do fun stuff for TV! And they were like, ‘No. Do what you do.’ Oh. Not get a babysitter and stay home with my kid? And that’s exactly what ended up happening,” Hawkins said. Ironic, perhaps, since she came into filming with the most previous TV appearances to her credit, including Fallon, Totally Biased with W. Kamau Bell and Stand Up in Stillettos.

Schreiber, who hadn’t auditioned for much outside of a few commercials and student films, said she appreciated the work ethic that filming Funny Girls had instilled in her. She’d studied medicine and art history at the University of Michigan before moving to Los Angeles. “It just made me realize all the work that went behind it. So being surrounded by five other women who were doing the same thing you are, really pushes you to be better, and work harder, and be funnier,” she said.

And Steinberg feels that focusing the show on women takes the pressure off of them to represent their gender in comedy. “What if the show was five dudes and I was the only girl? And there was five guys, one girl and it was called Comedians? Or Funny Humans? Then I’d feel like I needed to rep. ‘I’m a girl. I’m going to show them girls are funny!’ But with this show, it’s like six insane women and all I had to do was represent myself…Sometimes I’m the only girl on the lineup and I have to be funny because girls are rare on comedy shows. I didn’t have to do any kind of repping (here),” she said. “Let’s actually find out what makes us unique and individuals.”

“We’re doing mics and we’re hustling,” Steinberg said. “We’re literally grinding it out. We’re going to open mics with a camera crew…An hour beforehand, we were signing up to be on a mic that they were filming us on the show. What? I was like, ‘Well, we have cameras! So we’re famous!’ ‘No, you’re not, bitch. Sign the fuck up like everyone else.’”

In the second episode, she tries to convince Margaret Cho to perform at her show.

Instead, Steinberg receives some life and career advice from Cho. For one thing, maybe don’t date or sleep with any fellow stand-up comedians. “Just make sure that you don’t break any hearts, because they never leave the business. So you see the same comics every day. Comics are the worst,” Cho said. Instead? “I always like painters, tattoo arrests, actors aren’t so bad. The Uber driver? They’ll take PayPal. Rock stars. You can have any rock star or rapper you want, it’s your right. Chelsea Handler worked that out for us.”

“Make your career your ultimate boyfriend,” Cho tells Steinberg. Or like Amy Poehler suggests, remember, too, that your career is a bad boyfriend. Which leaves plenty of opportunities for your real boyfriend to babysit your daughter when you book a last-minute college gig in Denver, as Hawkins did.

Just don’t think of Funny Girls as the ultimate story about women in comedy, for better or worse. “It definitely comes up because it’s a part of life,” Hawkins said of the well-worn struggles of being a woman who pursues comedy. “I don’t need this show to be propaganda. I just want it to be entertaining.” 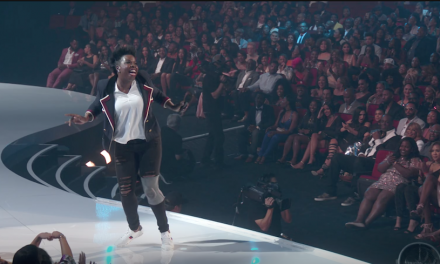 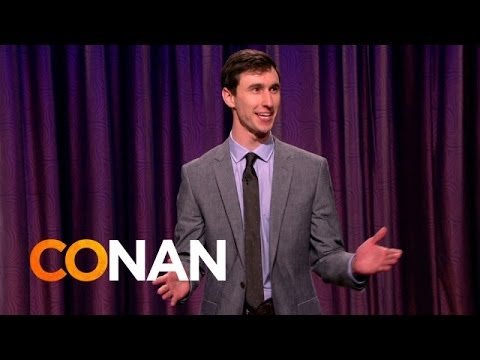