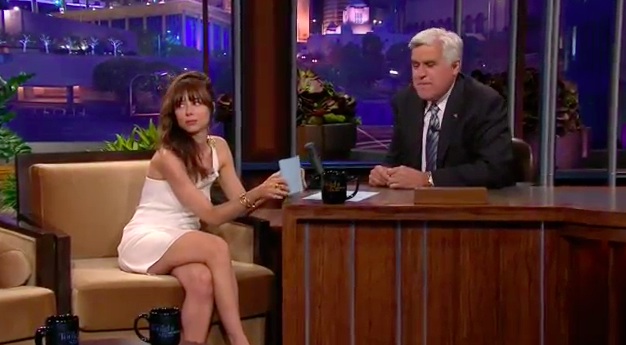 “Jay, why is it when you’re not working, you’re always dressed like you’re on death row at Shawshank?”

Speaking of the #FrancoRoast, here’s Leggero telling Leno about that, which helps set up the above clip:

Funny face: T.J. Miller explains how he posed for his driver’s license and shows it off to Conan O’Brien

Paul Mecurio on The Late Show with Stephen Colbert