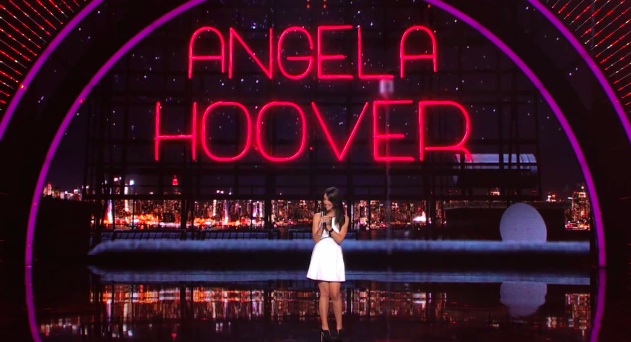 For her quarterfinal performance last night on America’s Got Talent, Angela Hoover decided to use her 90 seconds of stage time to poke fun at the judges — impersonating both Mel B. and Heidi Klum — a tactic which served her well with those two.

Howard Stern, on the other hand, didn’t feel Hoover delivered quite like she had in her initial audition.

But Hoover not only impersonated, she also sang.

What did you think? Roll the clip.

“I’m not one of those rapid-fire delivery comedians, so for me to say more than one joke in 90 seconds, it’s like comedy boot camp for me,” Hoover told The Comic’s Comic in a phone interview this week.

If she makes it through, she told me: “I really want to imitate Russell Brand. That would be my first male person that I’m imitating.”

Will it be enough to move her forward to the semifinals? Will you get to see Hoover play Russell Brand? Did you want to enough to vote for her?

Stay tuned tonight to find out!

Nick Kroll on the ECNY Awards 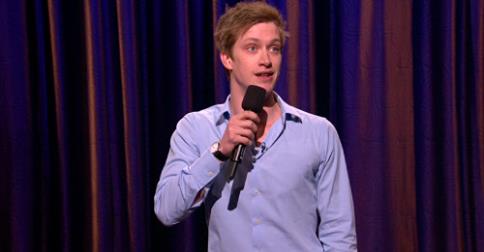 Lights out for Comedy Central’s Lights Out with David Spade