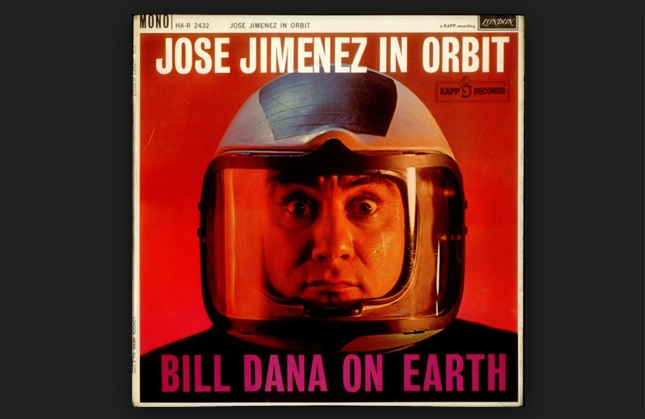 What better day than Throwback Thursday to celebrate our friend of the site’s site, Classic Television Showbiz.

That’s where Kliph Nesteroff, a comedian from Vancouver, British Columbia, dives deep into the archives of show business to share the treasures he finds that we almost had forgotten, and also interviews comedians from generations that didn’t enjoy the ability to share their stories via social media when their careers were at their peaks.

Nesteroff recently posted his second interview with Bill Dana, who is now 88. If you saw Bill Dana during the 1960s, you likely saw him as his comedic alter-ego, José Jiménez. Dana as Jiménez debuted on The Steve Allen Show and made numerous appearances on The Ed Sullivan Show (most famously as an astronaut during the Space Race), as well as cameos in several other shows, from variety to sitcoms, from animation to Batman. Later in his career, he played a recurring character on St. Elsewhere (as father to Howie Mandel’s character) and The Golden Girls (as Uncle Angelo).

What you didn’t see Dana do on camera was perhaps even more compelling. A WWII vet, Dana was born William Szathmary, adopting a variation on his mother’s name for his stage name because he felt Szathmary was too difficult to pronounce (for a modern example of same: see Louis Szekeley becoming Louis CK). He graduated from Emerson College in 1950 before starting his entertainment career as an NBC page, back before the Emerson to comedy show-biz route became rote.

Dana had many writing credits. Among them: The classic “Sammy’s Visit” episode of All in the Family featuring Sammy Davis, Jr.; and the feature film for Get Smart, The Nude Bomb. As for the latter, would you believe Dana had written jokes for Don Adams when both were much younger, while Dana’s brother, Irving Szathmary, wrote the music for Get Smart? You should believe, because yes.

Dana told Nesteroff that the NBC page program, when he and his comedy partner, Gene Wood, joined in the early 1950s, was then traditionally staffed by kids of wealthy families. He said:

“Yes, but with an extra heap of political insider stuff. It started when the sons of executives were brought on like a cadet program. We became part of that first comedy development program and Woody and I have talked about this – so I believe he would have been in the same one. If not, then it would have been just a beat after us, simply because of the age difference. I’ve known Woody Allen in several phases. We met first in England when we were both appearing over there. Don Adams – and this won’t be any secret – “borrowed” a lot of Woody’s stuff. That wasn’t uncommon. There’s a famous story about Phil Foster sitting in a coffee shop up in the Mountains and he overhears two comedians fighting. He asks the server, “What are they fighting about?” “Oh, they’re fighting about who stole their Phil Foster routine.” It’s a classic story of that genre.”

“Ed was a lovely guy. That was a wonderful gig. I was living on the coast in LA. I’d come [to New York] on a Friday night and I’d go to the Delmonico for lunch in Ed Sullivan’s apartment and we’d run down the material I brought in. The next day you’d do a dress rehearsal and then onto the air. At that time, the top [act] of the show was $7500. It was a wonderful gig.”

We all know how The Beatles made their big entrance into America via Ed Sullivan, but did you know that The Beatles also factored into preventing one of Bill Dana’s records from becoming a hit itself? You’ll learn about that and more details from Dana’s life, including: How and why he put a chandelier in his garage, who was a famous celebrity cheapskate he worked for, how he made President Richard Nixon’s enemies list, how he hosted the first late-night TV show on the ill-fated United Network, how his house-sitting for Imogene Coca helped break the ice with Don Adams, and how Dana himself helped give big TV breaks to none other than Lenny Bruce and Don Knotts.

And here is a recent video interview in which Bill Dana talks about creating the Jose Jimenez character:

Part One of Kliph Nesteroff’s interview with Bill Dana

ESPN’s The Pretty Good Sports Show in NYC has a pretty intense new ad to promote the U.S. Open 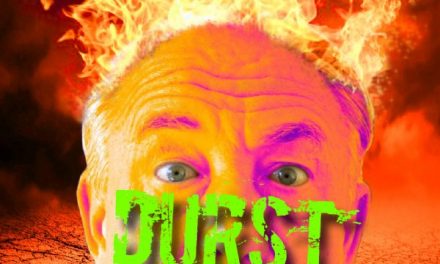 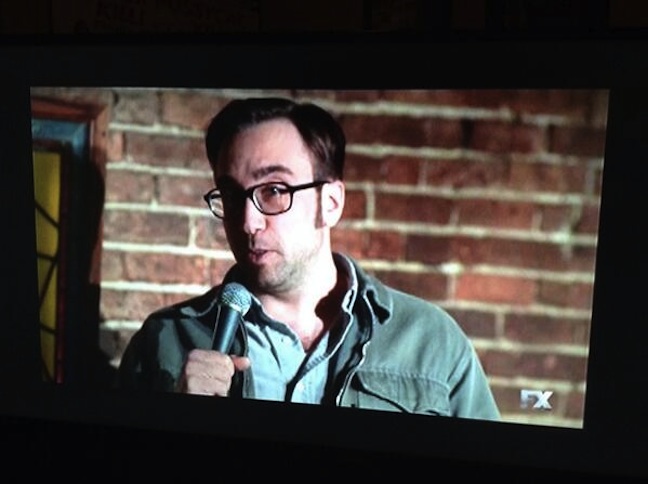