If you’re watching AMC’s Breaking Bad, or just catching up to this Emmy-winning drama, then you’re well-aware of Bob Odenkirk’s rascally role as attorney Saul Goodman. In season four (which premiered last night), Saul has hired himself a bodyguard, Huell, who is played by none other than stand-up comedian Lavell Crawford.

Here’s a clip of their first scenes together in Breaking Bad. Not spoilery!

Crawford has been a touring stand-up for years, and finished runner-up to Jon Reep in the 2007 season of NBC’s Last Comic Standing. He has a new comedy CD out this month called Can A Brother Get Some Love?, which also will debut on Comedy Central on Aug. 12, 2011.

It’s always interesting to see popular comedians cast in TV dramas. Enough stand-ups have done the trick on Law & Order that you could host a full night’s show and then some with them.

But how many comedians have made the successful transition from stand-up stage to small screen drama, particularly when it’s a critical and commercial TV hit?

Let’s take a look back… 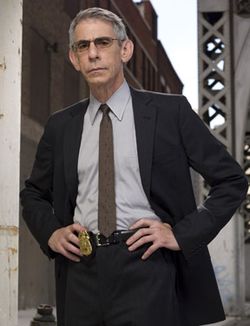 Speaking of Law & Order, Richard Belzer has an entirely separate career in which an entire generation knows him simply as Detective John Munch (from Homicide and Law & Order: SVU to The X-Files, Law & Order, The Beat, Law & Order: Trial By Jury, Arrested Development, and The Wire.)

“The reality and celebrity converges,” Belzer told me back in 2008. “Much to my delight, because he is a great character for me to play. It’s fun for me. So I’m not upset about typecast at all. It’s a dream for me.” 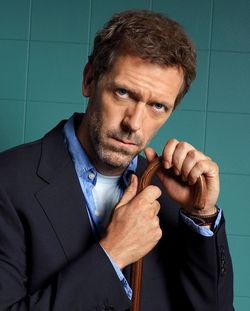 Hugh Laurie may not have been that well known in America when he first popped up on the telly in 2004 on FOX’s House, but he was hugely popular and successful across the pond as a British comedian. Had been since his days in University, when as a member of the Cambridge Footlights, his troupe won the first Perrier Comedy Award at the Edinburgh Fringe Festival.

On that same Footlights troupe was Stephen Fry, and together, Fry and Laurie appeared on adored British comedy series throughout the 1980s and 1990s, among them Blackadder, A Bit of Fry & Laurie, and Jeeves and Wooster.

As House, Laurie spouts off wisecracks throughout while diagnosing the undiagnosable of hospital patients, and fighting off a mean painkiller addiction. And for that, he has won two Golden Globes and two Screen Actors Guild awards so far.

Seeing Mary Lynn Rajskub and Janeane Garofalo together on HBO’s The Larry Sanders Show made sense. Seeing them as computer geniuses on the FOX thriller 24: Not as much.

But Rajskub’s caustic and sarcastic Chloe O’Brian became Jack Bauer’s most trusted ally at CTU soon after joining the series in its third “day” season. Garofalo joined the series in its seventh “day” as FBI agent Janis Gold, where her character offered a comic foil to Chloe’s character in the counter-terrorism unit. 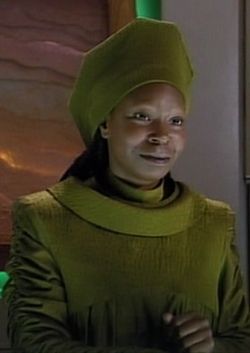 Whoopi Goldberg reportedly loved growing up knowing that a black woman could head up communications on the Starship Enterprise, so much so that she asked to be a part of The Next Generation when the Trek franchise rebooted in the 1980s.

So they wrote her into the second season as the alien bartender, Guinan, where she imparted wisdom and advice over the course of the following four seasons, as well as in a couple of Trek movies. 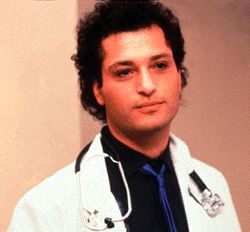 Before Howie Mandel was judging if America’s Got Talent and asking you if you wanted a Deal or No Deal, he was a Canadian stand-up comic whose signature bit was blowing up a latex glove he’d wrapped atop his head.

So imagine there may have been a bit of a surprise to see him turn up for six seasons on the much-heralded (if not ratings-winning) drama, St. Elsewhere. 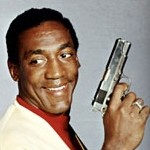 Bill Cosby already was a rising star in stand-up comedy by 1965, but it wasn’t the content of the characters in his comedy stories, but the color of his skin that made it a big deal to cast him in the co-starring role of Alexander Scott in the TV series I Spy.

That didn’t stop Cosby or the show from being a success with the American viewers or critics, as the Cos was nominated for lead acting drama Emmys in all three seasons (as was his co-star, Robert Culp), and the series won the Golden Globe for best TV drama in 1967.

Who’d I miss? Here are a few honorable mentions, which sort of count but sort of don’t? Ray Romano in Men of a Certain Age; Eddie Izzard in The Riches; Steve Schirippa in The Sopranos; Robert Klein in Sisters.

The curious case of the comedian with 878,000 followers but no gigs: Meet Brandon Mendelson

The Road to Stand-Up Stardom, circa 1989, via LaughTrack mag

One thought on “Well-known comedians in well-beloved TV dramas”