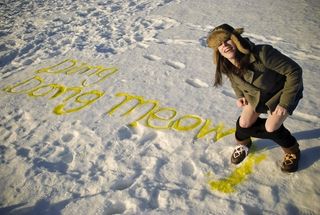 It's neither one-woman show nor performance art piece, but rather a showcase for Rosen's variety of talents as a comedian. Want to hear her stand-up comedy about true and often embarrassing stories from her life? Ding! Want to see her portray various oddball characters such as a half-deaf bride, an embarrassed mafia don or a kangaroo? Dong! Did you know that she writes consumer complaint letters when companies and restaurants let her down? Meow! Would you like a home-baked cookie? Cookie!

Rosen life-changing revelations are funny, nauseating and downright sentimental. Thankfully more of the former and the latter than the middle part.

Review: Matt Besser, “The 6 Most Important Sets in the History of Standup”