As podcasting becomes more mainstream and popular, we're starting to see comedy clubs and theaters embracing them and hosting live broadcasts of the podcasts. Marc Maron has been doing this for his WTF show for a while now, and comedy festivals have followed suit. 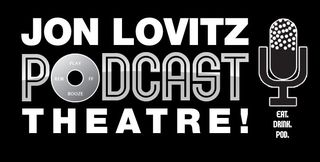 Kevin Smith has taken it a step further, announcing yesterday that his SModcastle had grown popular enough to move from its original 50-seat venue in Hollywood to the Jon Lovitz Comedy Club in Universal CityWalk. Smith noted fondly that Lovitz's place, back when it was a B.B. King's, had hosted his premiere party for Mallrats in 1995.

Smith also said that his partnership with Lovitz would extend not only to hosting Smith's various podcasts, but also reaching out to other popular podcasters such as Maron and Chris Hardwick — and one with Lovitz himself called "The ABC's of SNL," which Smith said would "reminisce with anybody who ever had anything to do with Saturday Night Live."

You can read his whole take here. Smith summed up the move thusly:

SModcastle has grown up very quickly and delivered us to the big leagues: motherfucking CITYWALK! But more than that? It‚Äôs put us into business with a guy who spent years making us laugh. As a huge SNL nerd who always dreamed of writing for the show when he was a kid, that‚Äôs pretty awesome and poetic.

And based on what it‚Äôs done to his club, Lovitz is now committed to the podcast cause. His year-old club has fast become the podcasting center of the universe, making him a Podfather of sorts ‚Äì so much so that he‚Äôs renaming the club for our arrival‚Ä¶

Starting this June, The Jon Lovitz Comedy Club will be re-christened as THE JON LOVITZ PODCAST THEATRE!

Liza Dye recovering at home back in South Carolina, five months after being hit by a NYC subway train