When people say that something isn't quite right about this season of Saturday Night Live, whether or not they know it, they're saying that they miss Will Forte. 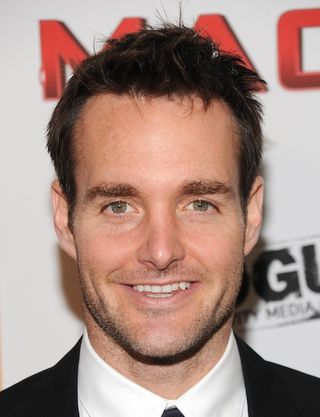 While it's true that Forte was far from the only member of the cast and writing staff to leave SNL over the summer, his departure left a void that the show has yet to fill several episodes into its 36th season. Sure, the thing you remember most about 2008 was how SNL capitalized upon and influenced the presidential campaign and election — thanks to Tina Fey's Sarah Palin and Amy Poehler's Hillary Clinton — and the statistics will show that from 2008-2010, Kristen Wiig has become the breakout star of the show both in terms of screen time and recurring memorable characters. But in his last few years on SNL, Forte provided a necessary counterbalance to almost every live episode by bringing that one element that SNL always has needed: the wildcard.

Forte may not have been a "wild and crazy" guy, as his SNL predecessors literally were, or in the case of the previous big SNL Will F. as in Ferrell, figuratively. Forte was more the "weird and crazy" type. The guy whom you could count on to prove why late-night TV is different from primetime TV. The guy who brought a sense of danger, although based in just enough silliness as to not be scary.

Seeing him last night return to 30 Rock as Jenna's impersonator/boyfriend Paul was a highlight, but Forte proved his worth even more so earlier this week on Conan, impersonating Ted Turner, riding in on a stuffed buffalo to insult Conan O'Brien — and saving a failed joke by making Conan laugh even harder. Roll the clip!

As I've noticed a lack of buzz throughout this season, with much less chatter online during the live broadcasts or Monday-morning gushing about particular scenes, I thought about the things that people had been buzzing about. And Forte was usually front and slightly off-center in the things that got everyone's attention.

MacGruber was always good for a laugh, no matter how badly it underperformed at the box-office as a big-screen treatment, because in those short sketches on SNL, there was just enough time for Forte to say something highly inappropriate before the explosion.

Forte also could be equally creepy as Hamilton, the guy who showed up to woo celebrities, or as a pedophile using Halloween as a cover for trick-or-treating. He could be just as equally weird as Sen. Tim Calhoun, a masked man getting pummeled by things as the "Closet Organizer," an office worker shouting "Fart Face!", singing about Model-T cars and spaceships with Wiig, or a NASA scientist arguing over a potato chip with Jason Sudeikis.

Speaking of Sudeikis, if you're wondering why he hasn't been as prominent this season, just remember how many of his recurring features were in duo with Forte, whether it was singing songs on the Weekend Update desk as opposite band Jon Bovi, or indulging in female hygiene innuendos with him as the ESPN Classic team of Twinkle and Stink.

Look. The secret of Will Forte's success was more than just a mustache, although many of those clips seem to indicate a direct link between mustache and comedy. And just as Forte himself emerged from the shadows of featured player status several years ago, someone on this year's SNL cast, or perhaps next year's, will get a chance to showcase that offbeat, weird sensibility and willingness to get absurd late on Saturday nights that puts a smile on our face and gets us talking about it for Sundays and Mondays to come.

But now, for just another moment, let's appreciate the comedy stylings of one Will Forte.

Because you've made it this far, one last look and listen to Jon Bovi, as Forte and Sudeikis "reunited" in September for a brief performance at Seth Herzog's Sweet comedy show here in NYC. Roll it.