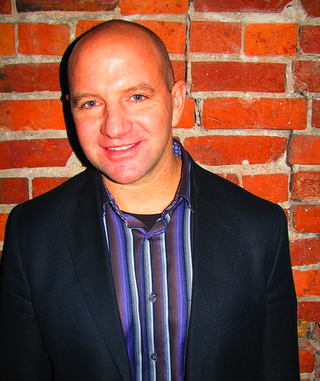 Congratulations to Auggie Smith, who not only celebrated a birthday over the holidays, but also added the 2010 Seattle comedy competition crown to his 2010 win earlier this year in the larger San Francisco contest.

Seattle's monthlong competition found itself forced to eliminate the first night of its final round last week when an arctic storm blew into the Puget Sound, but managed to get in four nights of stand-up, concluding last night. Smith (pictured at left after his win by Peter Greyy) is the first stand-up to finish with victories in both Seattle and San Francisco in the same year. David Crowe also has crowns in both, winning Seattle in 1995 and San Francisco in 1996.

Smith wins $5,000 and a record contract with Uproar.

The final five from Seattle:

One thought on “Auggie Smith for the win! Champion in both 2010 Seattle and San Francisco comedy competitions”