Meet your new late-night TV competition, same as the old competition. That was the case for David Letterman last night, as just like a year ago, he's up against Conan O'Brien for viewers. And unlike Jay Leno, Letterman had no problem bringing up Conan by name. Or using it at Leno's expense.

The situation is decidedly different for Jon Stewart on Comedy Central. He's been ruling the roost at 11 p.m., but now he and Conan will be targeting the same demographic. For some reason, Stewart isn't all that optimistic, at least by how he opened the show last night on The Daily Show. Roll it.

Django Gold on The Late Show with Stephen Colbert 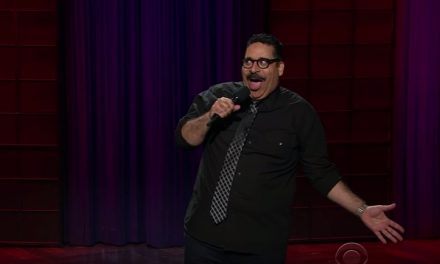 Erik Griffin on The Late Late Show with James Corden