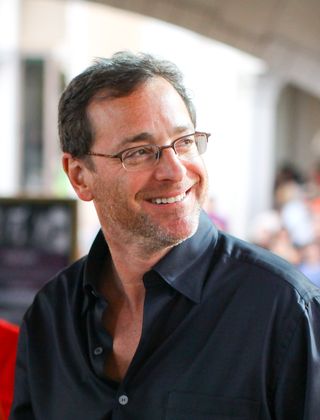 In six 30-minute episodes, Saget will make stops around the United States to investigate unusual cultures. This is not to be confused with the upcoming History Channel series sending Larry the Cable Guy around the country. Or even Bert Kreischer's Travel Channel series from earlier this year, Bert the Conquerer. There have been a few of these shows recently, haven't there.

But no, Saget's will be different. For one thing, the outfits. For another, Saget will be getting it done his own damn way.

Among the adventures he took on for the show, Saget will ride with hardcore bikers for 1,200 miles, search for Bigfoot with Bigfoot hunters, learn what it takes to become a professional wrestler, look for the reality inside Las Vegas, rush a fraternity at Cornell, and train to become a counselor at a sleepover camp.

"I've always been interested in the under belly of anything," said Saget, "but what I truly enjoy is diving beneath the surface of a subculture that may appear to be one thing, but ends up being something completely unexpected."

The Creative Genius of Sam Simon: A Lifetime of Memorabilia, up for charitable auction at Sotheby’s

WGA showdown: And so it begins

3 thoughts on ““Strange Days with Bob Saget” will debut Dec. 1 on A&E”