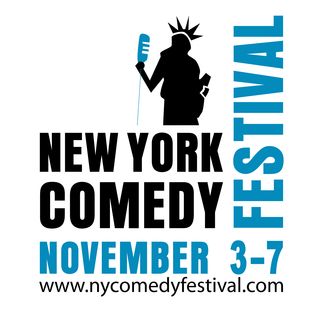 The New York Comedy Festival has filled out its slate of programming for the 2010 celebration in November with a series of panels, conversations and other goodness. They already announced their headlining shows, and have added a second show for Kevin Hart due to ticket demand. Here's the rest!

Mike Birbiglia and friends celebrate his book, "Sleepwalk With Me and Other Painfully True Stories," 7 p.m. at Carolines on Broadway

Best of New York Sketch, 8 p.m. at the UCB Theatre

"Louie: A Conversation with Louis CK," moderated by Time magazine's James Poniewozik, 8:30 p.m. at the Paley Center for Media

Best of Whiplash, 11 p.m. at the UCB Theatre

The Best of the Breakout Artist Comedy Series, 7 p.m. at Carolines on Broadway

Best of Stripped Stories, 9:30 p.m. at the UCB Theatre

Best of Whiplash, 11 p.m. at the UCB Theatre

The Simpsons: Now in HD?!