No offense to Margaret Cho, who was named to the cast of competitors for the 11th edition of ABC's Dancing with the Stars, which kicks off in September 2010, but unless she decides to take this seriously, I'm not holding out much hope for her to actually win or come close to winning. 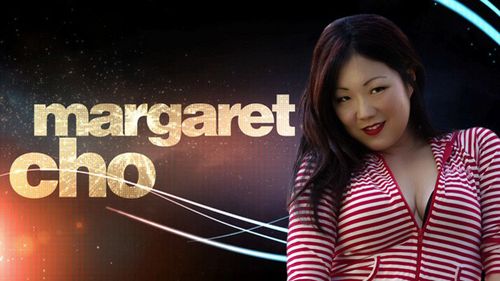 Comedians have a dreadful track record on both Dancing with the Stars and Celebrity Apprentice, with the notable exception of Joan Rivers, who won over Donald Trump. Maybe that's because Rivers focused more on winning than she did on appealing to the viewers through comedy. Or whatever some of the past comedians on these televised competitions have been doing.

Because while Rivers won the second edition of Celebrity Apprentice, Andrew "Dice" Clay was busy finishing last, while Tom Green quickly followed him out the door two weeks later. Neither one of these guys could outlast Dennis Rodman? Or Khloe Kardashian?!?

This spring's third edition of Celebrity Apprentice was equally bleak, as Carol Leifer and Sinbard were the first two celebrities to hear Donald Trump say "You're fired!" Nice work, clowns.

On DWTS, meanwhile, comedians didn't make the roster until season six in spring 2008. Of the 12 couples, two featured star comedians: Penn Jillette, who was eliminated first in last place; and Adam Carolla, who only made it two weeks further in the contest.

Season seven that fall? Even rougher, as Jeffrey Ross finished unlucky 13th out of 13, and injured his eye during rehearsals. Cloris Leachman at least lasted a month with her hijinx and finished seventh, although most people looked at her performances more for her ribald post-dance comments than the dancing.

Season eight? Not so great. David Alan Grier had a lot to say, but finished 9th out of 13 couples, followed the next week by a Jackass in Steve-O.

Season nine? Ashley Hamilton, son of George, we were told was a comedian. He finished last out of 16 couples.

This spring, Niecy Nash fared perhaps best so far among comedians, coming in fifth out of 11 couples, helped in part by some truly awful competition.

So maybe there's hope for Cho yet. As long as she works hard at it. Here's what she wrote last night after the announcement:

I‚Äôm so excited to be doing Dancing With The Stars, but I‚Äôve got a lot to learn. I‚Äôve got some mean stripper moves and I can pick up a dollar with my butt, however the Viennese Waltz is all new for me! I‚Äôve been training with my partner for three days now and I can‚Äôt believe how much my body hurts! I‚Äôm trying to embrace the pain.

Although, what's this, Mediaite's Steve Krakauer just called Cho the least famous of the group? Ouch! How long do you think it'll take for the show to share a clip of this little gem of a film Cho starred in with several other comedians you may like (and a good portion of the cast of ER?) called Can't Stop Dancing? Roll it.

Here is more evidence of Cho dancing, although I'm not sure burlesque is an option for the celebrities. Judges, please?

Rififi spruced up, still open in the East Village for comedy, burlesque, more

One thought on “Comedians on Dancing with the Stars or Celebrity Apprentice don’t have a serious chance, do they?”