If you are on Twitter, then you have noticed the microblogging social network recently added a "Who to Follow" feature that suggests people for you to, well, follow, in the upper right-hand corner of your main page. It appears to simply look at whom you're already following, then generate suggestions based upon that, and then suggest the most popular people among that group. Which is usually redundant, because it'll suggest people you've probably thought of following or used to follow but later decided against doing so. In the case of Jimmy Kimmel, it gave him this combination that made him take a snapshot and wonder: 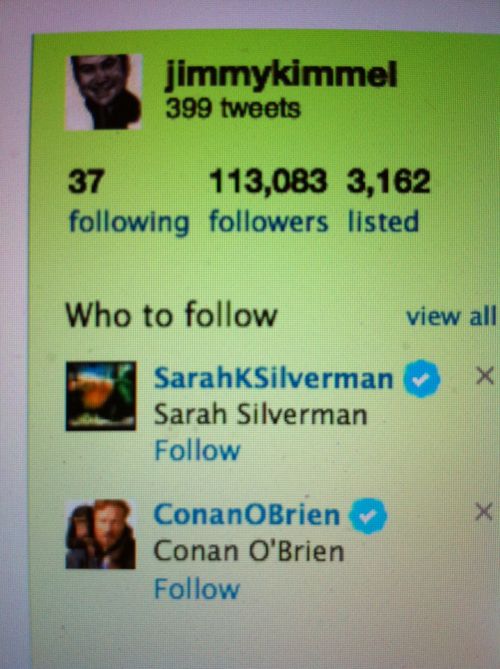 "Why is my "who to follow" feature intentionally F-ing with me?" We understand if you don't feel like reading the ongoing thoughts of your ex-girlfriend and your late-night TV rival. We completely understand. Thumbs down, Twitter. Thumbs down.

Shades of Black, the BET taping