News broke over the weekend that Julie Klausner's memoir, I Don't Care About Your Band, may become a HBO series, starring Lizzy Caplan as Klausner. 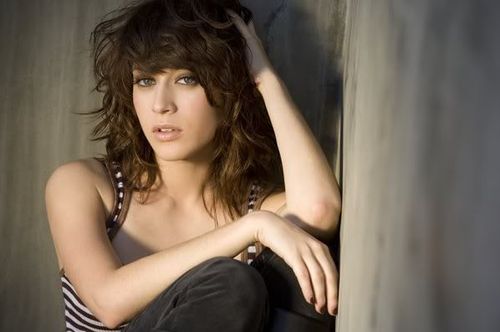 OK. Several things. Did you see that picture Deadline used of Caplan (see above)? Have you seen Lizzy Caplan at all? Would you like to see her star in her own series dating a bunch of losers? Would you like to see her starring in her own series? Of course you would. We all would. Julie Klausner certainly would, because I asked Klausner how she felt about Caplan re-enacting her real-life on the small screen, and this is what she told me:

Soooooo crazy thrilled. Ecstatic, delighted, um..where's my thesaurus? Basically, everything besides "over the moon," because only assholes say "over the moon" about stuff. Lizzy Caplan is so awesome. She's that kind of rare funny, smart, sexy girl that both women and men love, and she totally gets the book. Also, she's insanely hot. So there are benefits to that as well, though I often wonder how a filmed adaptation starring the late, great Anne Ramsey (of "Throw Momma From The Train" fame) would have handled the role.

Also, so interesting to see that this is coming to HBO via Gary Sanchez Productions, through UCB player Owen Burke, and that he, Jessica Elbaum, Will Ferrell, Adam McKay and Chris Henchy would all have a hand in bringing the book to the TV. Burke was tight-lipped when I spoke to him during the Del Close Marathon. I suppose that's because a development deal isn't always a done deal. But HBO should make this work, shouldn't they? They should. They really should.

And knowing that Caplan, recently seen in the cult Starz series Party Down, had done the CBS pilot Mad Love only to bow out of that series when it got picked up to series for this fall, makes a lot more sense once you think about the potential of her starring in I Don't Care About Your Band instead.

Klausner, meanwhile, also has been doing some work writing with the legendary Joan Rivers. How? What? Really? Klausner explained: "Yeah, I wrote for Joan a couple of times, on two of her reality shows as a freelance consultant. She is a genius and a legend and she has great taste in jewelry; her own, and the real stuff — the kind you have to rent, unless you're, like, a sheik. Everybody should see her documentary. It's incredible."

If you haven't picked up Klausner's book, here is a handy link to do so right now: