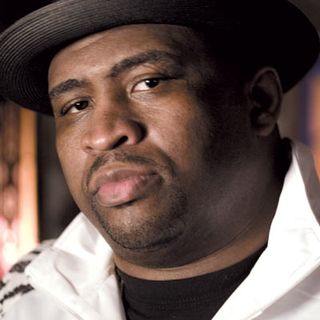 Patrice Oneal has performed in Canada "40 times," but the forty-first time was not even close to the charm, as customs officials at the Canadian border refused Oneal entry, where he was supposed to perform his one-man show this week at Montreal's Just For Laughs festival.

The Zoofest (part of JFL) main page posted an update an hour ago to apologize for the cancellation, saying: "Sad but true. Patrice Oneal is no-go at Zoofest. These things happen in our world. We are very sorry. Everybody at Zoofest wanted to see Patrice Oneal as much as you guys did." In fact, Oneal was a big hit in Montreal two years ago with his previous one-man show (my review of Patrice Oneal at JFL Montreal in 2008).

Oneal explained on his Twitter feed @BIGMOMMAPRODS on Monday night:

"For anyone who heard me talk about it. Yes for that."

Opie & Anthony talked about it and played old tape that explains Oneal's statutory rape conviction from when he was just 16 (she was 15 and white) — 24 years ago. Audio content is NSFW: