What happens if you make a career for yourself as one of Italy's top satirists, only for people to eventually find out that you have used jokes and routines from more than 100 American stand-up comedians to make all of your points, claiming them to be yours? Well, meet Daniele Luttazzi.

Here's a video from the Italian media outlet la Repubblica, comparing bits of Luttazzi to those of the late Bill Hicks and George Carlin. It's a double whammy — they're American and dead, who'd notice?!

It looks as though this blogger has been asking Luttazzi about his joke thievery for years now, and after Luttazzi initially claimed to have worked with comics such as Emo Philips on their joke-writing (!?!), his more recent defense has been one of phrasing and pausing. As if merely translating it into Italian and moving the pauses around gives you ownership of someone else's jokes? Harrumph.

Of course, even Americans in plum positions try to get away with stealing jokes from the masters, isn't that right, Mike Barnicle? Then again, even 12 years after the Boston Globe forced Barnicle out of his columnist job for lifting material from Carlin, Barnicle is still getting paid for his :unique" opinions by MSNBC and others. Will Luttazzi get the last laugh, as well? Hmmmm.

Jerry Seinfeld, at the Wang Theatre

Russ Mitchell of CBS News attempts stand-up comedy at Carolines; lives to report about it 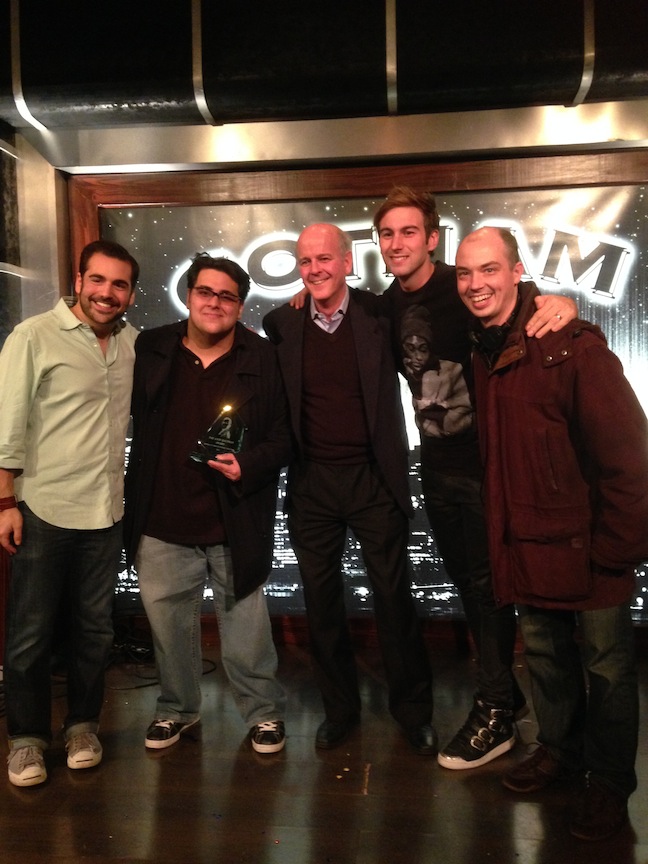