Iliza Shlesinger is in New York City this weekend co-headlining at Comix with Kyle Cease. It's not as odd a pairing as when I saw her last at Comix with Glenn Wool, nor, as it turns out, nearly as odd as some of Shlesinger's early stand-up gigs.

"I've definitely been paired up with stranger acts," she said (pictured at right by Seth Olenick). "When I first started out in comedy, I opened up for big black guys." Why? "I guess the bookers thought, she's a cute little white girl and that's a funny juxtaposition for them to see."

With Last Comic Standing returning for the first time since you won two years ago, do you have any advice for the comedians who decide to give it a go? "Just be funny. I keep getting phone calls from people who are participating, people who wre auditioning for it. Don't save your material for some unforseen date. If youre a comedian you should be able to write more material. Do your best stuff. You're not there to make friends. You're there to win a competition. You're there for yourself so don't worry about anyone else."

What did winning the show mean for your career, aside from winning $250,000 and going on a nationwide theater tour? "I think the most important thing, because cash runs out in the long run, is the credit and the boost that it gives your career…Almost every comic would give their left arm to win that show. Two years ago, I couldn't walk into a club and get stage time. If that's not validity, I don't know what is."

And to comedians who criticize the show and say they don't want to take part in it, she maintains: "You can't tell me as a mid-level comic you wouldn't want a quarter-million dollars and a chance to perform on network television every week?! I think most comics didn't play sports so they don't know what it means to lose gracefully. Enjoy doing your B rooms for free chicken, then. This is one of those shows where if they fail, they'll make you look stupid. I have nightmares where the person who wins next is going to be a supermodel who's also in Mensa but I'm pretty sure that no supermodels do stand-up."

Shlesinger did Comedy Central's Live at Gotham last year, and also a half-hour Comedy Central Presents, which will debut April 16. Let's take a look at a clip from Gotham (the CCP isn't online yet).

So. I feel like I need to ask you about the double-standard that women seem to feel and face in comedy, where their sexuality comes into play and is sometimes considered more than the content of the material — which is something that very rarely happens with men in comedy. What's your take on it?

"I don't use my sexuality. Yeah, I did a Carl's Jr. commercial parody in a bikini as Audrina Patridge, but that was a video. You've never seen me going up onstage like that. There are plenty of girls who go up onstage in miniskirts…I think a lot of girls think if they go onstage and are sexual and shocking that will get them laughs…it will get them laughs…but it won't get them respect at the end of the day. Yeah, wear a really tight shirt and heels and a skirt. I may wear skinny jeans, and if you happen to think I have a nice ass or you catch a glimpse of my bra strap, then kudos to you for looking. I'm not going to go onstage in a bubble suit. I'm a girl and I have a body. But to just hit people over the head with it, just hop on the pole and get a job as a stripper if that's what you want to do."

Why do we treat women differently in comedy, then? "It doesn't have to be. That's the thing. Comedy is fair. Funny is funny. It doesn't make you feel that way (about yourself). No one's ever said to me: 'Why aren't you dressing sexier?' Nobody's going up to Paula Poundstone saying why don't you just wear a bra. People are insecure. We all live in a society where women are…look at Gilda Radner. Look at Roseanne. No matter. Look at these great female comedian characters, who, they're admired for who they are
or even look at Jenny McCarthy, who's able to be funny and sexy…when girls say they feel pressure, no one's asking you to go up and be sexual, no ones asking girls to joke about their period. We have enough of them. Believe me. Why don't you go back and write an intelligent joke?"

Shlesinger said the same is true for any other group and stereotype. "No one wants you to play into a stereotype. You're applauded if you don't."

You get to New York a few times a year. How would you compare the comedy scene here to Los Angeles? "There's different kinds of scenes…A lot of the best comics in New York move to L.A. because of Hollywood. I think the difference is the audience, really. I think a New York audience tends to be more sophisticated. You have every delusional person who moves to L.A. because they think they're going to be famous. I've definitely gone to alternative rooms or clubs in New York and had a good set. They want you to be funny. Nobody goes to a show because they hate comedy. Except for comics. Comics do."

You're still doing your live-streaming show, "The Weakly News," (most Tuesday nights at 6 p.m. Pacific) which you were doing before LCS, right?   "Almost three years, and it hasn't gotten any better," she jokes. "The show has more a sense of itself, the show's come into its own. We have a built-in audience. We have our inside jokes. It has a look and a smell and a fee. When it started it was hey, I have a show, it's me, its Iliza, I have a show. The guy Brian who started it was a visionary in terms of webisodes. We were one of the first shows to be live and interactive."

There are so many more streaming series and podcasts now than when you started that show. How do you keep from becoming just one of thousands of shows? "I think what I'm proud of The Weakly News, we've been doing it, I guess there's a legitimacy to it because we've been doing it for very long. Not that it's a competition, but it kind of is. I have a friend of mine, she knows every website, every blog. Sometimes you hear about something and wonder, wow, all a comic can do is hope to be heard by a few."

She's also on Twitter @iliza and Facebook. Do you do it for fun, or do you feel like you have to do it now to maintain and build upon success as a comic? "It's important because that's the age we're living in. It just keeps you relevant. And relevancy is what perpetuates careers. If you're not relevant, who cares. You can expose yourself to other people, and Facebook is great for just connecting you to fans. It's self-promotion. If you're not going to do it, who will? Is it required? No. It's not a requirement. You can land a TV show and people see you that way. It just helps." 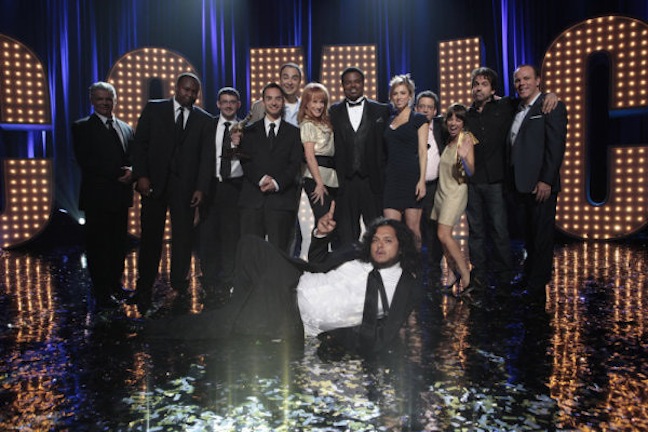 Inside the resurrection of Last Comic Standing, talking to executive producers (present) Page Hurwitz and (past) Barry Katz

Tom Green loves Internet broadcasting from his home, but hits the road for his first stand-up tour 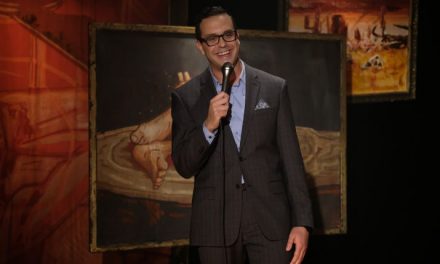