While I was catching up on my sleep this Saturday, Peter Kafka over at All Things Digital noticed that NBC had removed pretty much all evidence of Conan O'Brien from its online resources — both NBC.com and Hulu.com alike bring up nothing from Conan's 17 years of late-night hosting (save for an old blog for the Horny Manatee, of all things?!?). A search of "Conan O'Brien" today on Hulu reveals you can watch several clips of Conan talking to James Lipton about his career for Bravo's Inside the Actors Studio, so there's at least part of "Team Coco" still inhabiting the NBC Universal universe. What's surprising about his online disappearance? Aside from Gawker pointing out that several of NBC's recent primetime failures continue to exist online, as well as the notion that removing Conan's online existence goes against the economic reality that NBC should be profiting off of fans wanting to relive old Conan moments by watching them online, well, perhaps nothing is surprising about the network's moves. It may even not have been NBC's decision — for all we know, Conan might have wanted a full break or negotiated the removal as part of the contract settlement. Then again, maybe not.

My friend and fellow media-watcher Rachel Sklar noticed earlier in the week that NBC had scrubbed Conan from its poster inside HQ at 30 Rock (also moving Leno's pics around in the process).

NBC also held a fire sale of all of its Conan merchandise at Universal City this week (see picture, above left). And as Conan's official blogger at both Late Night and The Tonight Show, Aaron Bleyaert, pointed out overnight: "today was a big day for all of us at the show, because it was the last day of NBC employment for 99% of the staff of The Tonight Show with Conan O‚ÄôBrien! There are a few of us who will still be working until the 19th, but today was the big last day for everyone else – badges, parking passes, office keys, work blackberries‚Ä¶ It all had to be turned in today. It was ‚ÄúNBC.. You Later‚Äù Day. It was ‚ÄúDon‚Äôt Let The Door Hit You Where The Big Zucker Split You‚Äù Day. It was ‚ÄúHey, Get The Fuck Out And Don‚Äôt Steal Any Company Property, You A-Holes‚Äù Day."

Bleyaert himself had a head's up that this might happen, as the guy providing daily content for Conan's online operations. He wrote these words on Jan. 27, titled The Last Tonight Show Blog Post:

"Me and the excellent digital team over at NBC.com put so much hard work into making it sweet, but what can you do?  I don‚Äôt know how long this site will be up; I‚Äôve been lobbying for it to remain up as long as possible, but it‚Äôs not my decision. My point: If you‚Äôve got posts you wanna go back and read, or videos you wanna go back and watch, I‚Äôd do it sooner rather than later. Our show will be in repeats through the Olympics, and after that, what happens to this place is anyone‚Äôs guess. It could be left up forever (which would be really awesome), or it could get taken down tomorrow (which would be the opposite of really awesome). That‚Äôs just life, I guess. Let‚Äôs keep our fingers crossed and our rabbit‚Äôs feet handy in the hope that this digital sand castle can fend off the tide of 1s and 0s for a little while longer."

The ride is over. Time to look ahead to Conan's next big adventure. 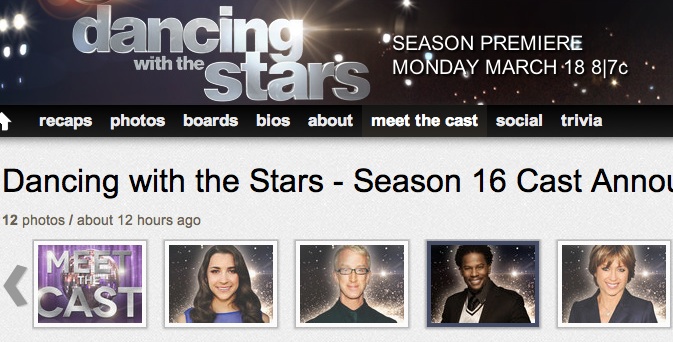