I don't know how long I can keep up with this late-night TV bashing, but word on the TMZ street is it won't last much too much longer. Tonight, David Letterman exposed "Big Jaw" Jay Leno's so-called Middle America values, by reminding us how Leno's power-grab of The Tonight Show, Part 2: Electric Boogaloo, is a lot like that one time Middle America decided to become Middle America by killing all of the Native American tribes and stealing their land. Is this TV's version of Manifest Destiny? Roll the clip:

Related: TMZ posted this photo of workers taking down a Leno billboard on one of the NBC lots. 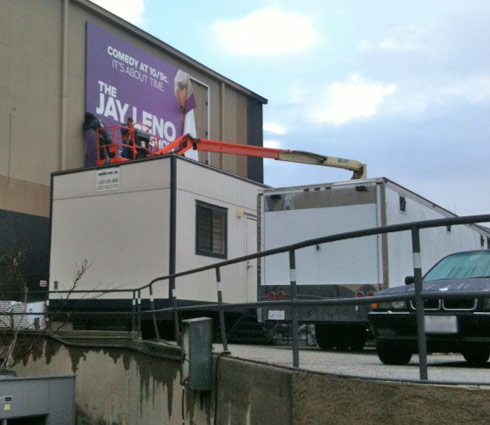