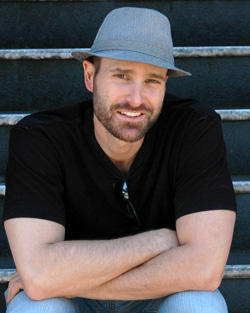 Some years, Seattle's monthlong stand-up comedy competition hits the final Thanksgiving weekend with a clear front-runner setting the pace. That most definitely did not happen this past weekend, when four of the five finalists each scored nightly victories, with Texas native Sean Kent prevailing to take home the title in its 30th anniversary. As Kent himself noted on his Twitter feed, he went into Sunday's final night of the competition with only a .17-point lead. "I should probably try and not suck," he quipped. His lead held up! You've previously seen Kent, a cancer survivor, on network TV in the original season (and again in season three) of NBC's Last Comic Standing.

Congrats to Sean Kent and the other finalists in the 2009 Seattle International Comedy Competition: Paul Hooper, Travis Simmons, Rodger Lizaola and Jose Sarduy.

Atom.com gets more TV time on Comedy Central, MTV2 in 2010