Sorry, comedy fans. The Comic's Comic did not don something scary or silly this Halloween, but that didn't stop plenty of our favorite comedians from celebrating (and sometimes even performing) in costume on Saturday night. And in the age of the Internets (the age…of the…INTERNETS) that also means going online to share our Halloween disguises with our friends and followers. Here are some of my favorites that I spotted over the weekend. Who were yours? Did I miss it? If so, please share!

To kick things off, though, how about a "doodle" from Michael Showalter about Halloween parties: 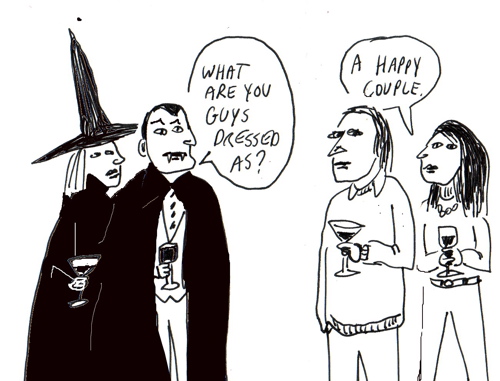 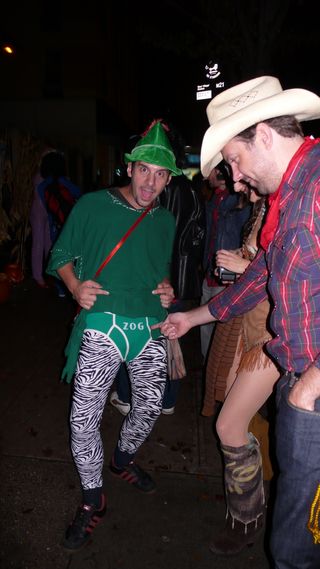 Seth Herzog throws a big Halloween bash each year in NYC, and this year, he dressed up as Robin Hood, although SNL cowboy Jason Sudeikis pointed out Robin Hood's unusual underwear choice. 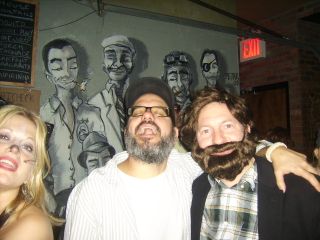 At the same party, we spotted a happy trend. People dressing up as comedians. In places across the country, regular folk thought it'd be a great idea to dress up as John Hodgman (a suit and glasses plus a makeshift "I'm a PC" sign), while some went as Tim & Eric characters, and even others went as Zach Galifianakis (usually from his character in The Hangover). Here's one guy at Herzog's party who was not Galifianakis (but rather, photog Mark Spencer) cavorting next to a guy who most definitely is David Cross. 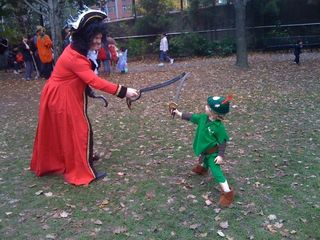 Earlier in the day on Halloween, none other than Jim Gaffigan was being more than just a dad. He was in disguise as Capt. Hook. And he was more than willing to take on Peter Pan. Who would win this dastardly duel?

Perhaps Peter Pan could have used some help in Gotham from Batman. But the dark knight was across the pond on Halloween, it seemed, portrayed by the mild-mannered but distinctly naughty one-liner provocateur Jimmy Carr. 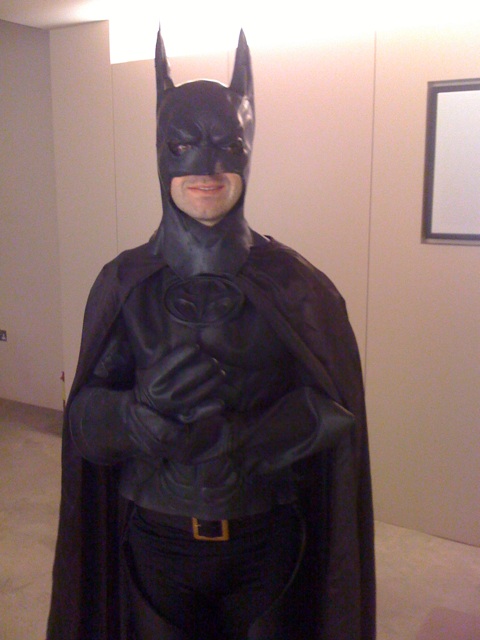 Meanwhile, back in the States, we had more funny run-ins involving comedians and characters portraying people the comedians may know and love. Sometimes all too well. Such as, case in point: Thomas Lennon (The State, Reno 911!) turned into a zombie when he came face-to-face with a guy dressed up as his Reno 911! character, Lt. Dangle! That guy is Family Guy/Cleveland Show writer John Viener. 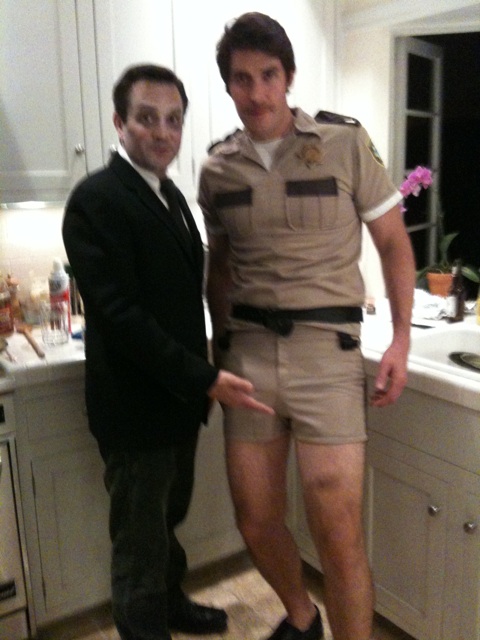 And how do we explain this shot of Steve Agee with Samm Levine? Well, does it help if we mention that Agee dressed up as Linda Cardellini's character from Freaks and Geeks, in which she co-starred with Levine? That doesn't explain Levine's outfit, though. 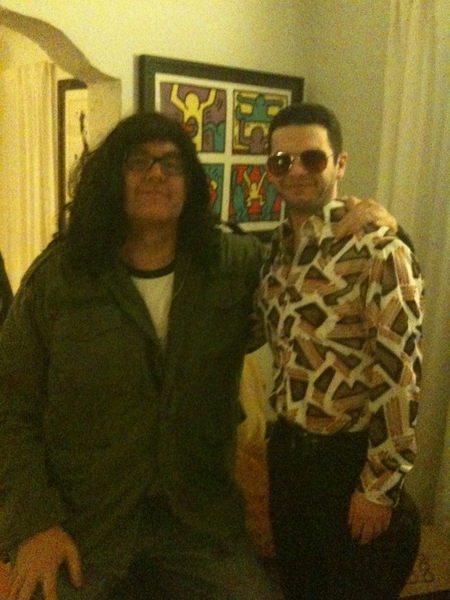 This pairing is just a couple of funny people in Ben Gleib and Iliza Shlesinger. Gleib is a Ghostbuster, while Shlesinger went Lady Gaga, and even Lady Haha as she took the stage in her getup at the Laugh Factory in Hollywood and elsewhere Saturday night. 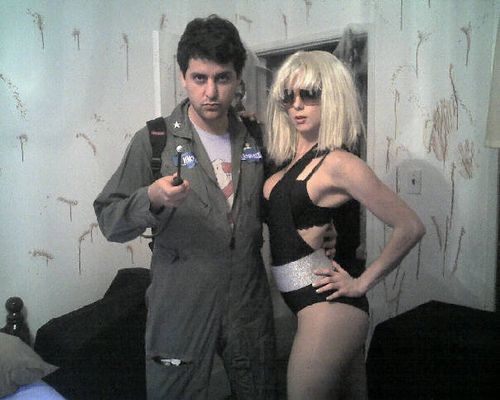 Jeffrey Ross, meanwhile, hit the party circuit (including Herzog's) in a costume he'd love to roast, sporting the "Ed Hardy" look. Don't worry. Any jokes you have about his outfit he probably already made himself. 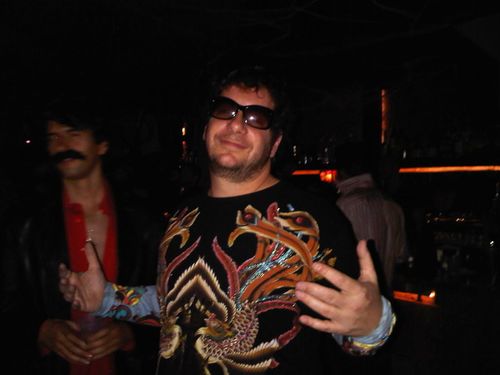 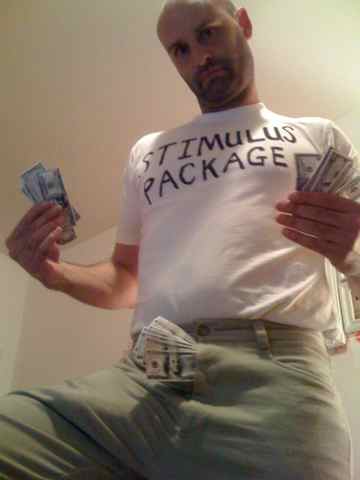 Bob Biggerstaff maintains he did not dress up as Michael Moore! He repeated it. This guy in the Houston Astros get-up was not supposed to be Michael Moore. Ah, capitalism. 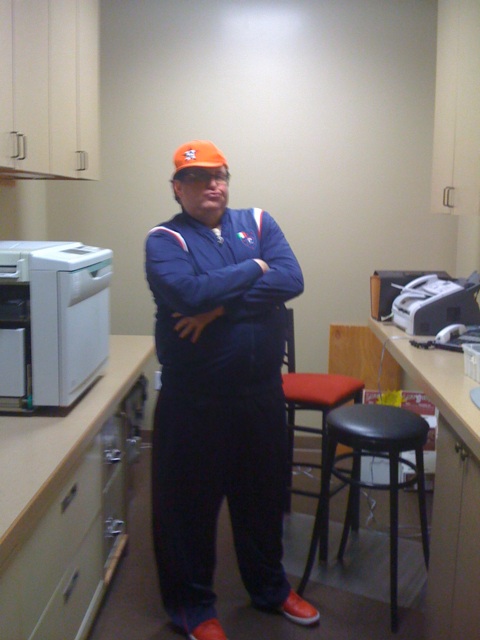 We do believe, however, that Donald Glover meant to top his Eddie Murphy costume he sported on last week's episode of Community with this little Kanye West number. 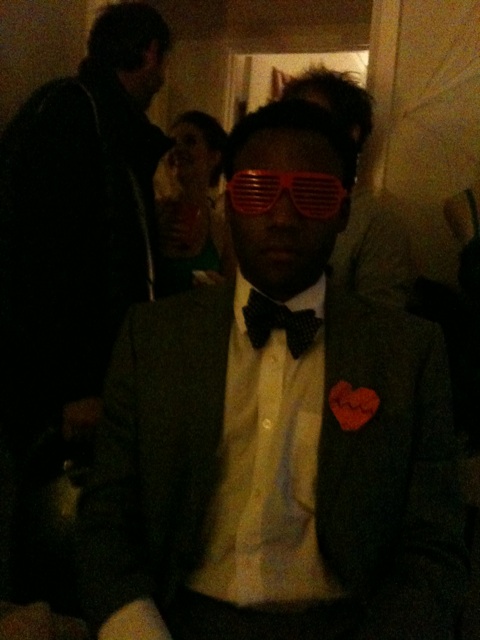 And for our final selection, we turn to The Onion's editor, Joe Randazzo, for best use of a new child in an "old" costume idea for letting us know that somewhere out there, someone will still be drinking our milkshakes. Oh, there will be blood. There. Will. Be. Blood. 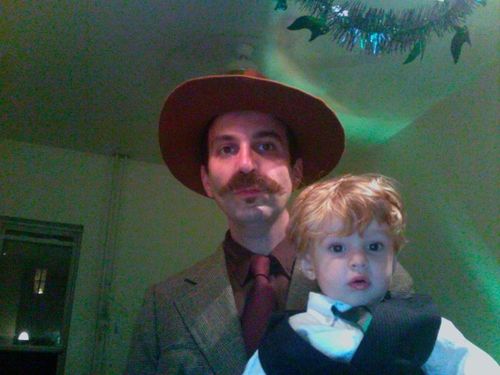 If you want to share your favorite comedian Halloween costumes that weren't included here, please share them!

RAW DATA: Who was watching whom in late-night? May 2011 figures come up big for Daily Show, Colbert