The Comedy Store in West Hollywood is hosting a special tribute to the late Sam Kinison tonight that's being filmed as part of a documentary for the new EPIX cable channel.

Small's previous work has included MTV Unplugged, Pulp Comics, Comics Come Home, and Biography. EPIX already previously announced it would produce and broadcast Lewis Black's next stand-up special. Do you have EPIX on your TV? Not yet. The channel, a joint venture by Paramount, Lionsgate and Metro-Goldwyn-Mayer, will launch in early October on Verizon's FiOS platform. Check with your local cable/satellite provider to see if they'll also include EPIX. 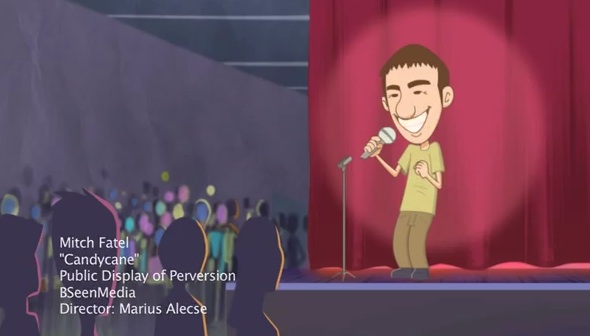