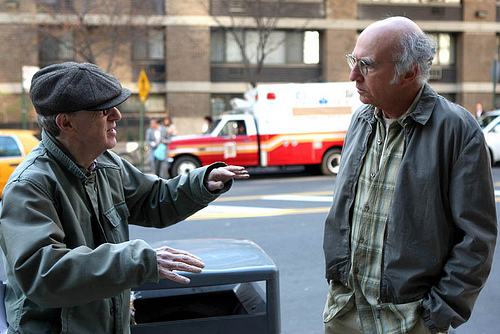 We'll have to wait until closer to June to see it ourselves. But there are some other comedies to note and possibly check out during the Tribeca fest, which runs through May 3.

Funny films featuring funny people: Hysterical Psycho, a horror spoof directed by Dan Fogler and starring Lennon Parham, among others; Black Dynamite, the blaxploitation spoof from Ars Nova that features Arsenio Hall, Tommy Davidson, Nicole Sullivan and Baron Vaughn; mockumentary Midgets vs. Mascots, with Gary Coleman and Bob Bledsoe, among others; My Life in Ruins, which features Rachel Dratch and Harland Williams, among others; and Stay Cool, by the guys who brought forth Twin Falls, Idaho, includes Chevy Chase. Of course, there are plenty of other dramedies, quirky films and satires on the schedule. If I get to see any of these, I'll be sure to let you know.

The state of the standup sitcom

Meet Trans Am: American Apparel’s first model with all parts included. Fun for a girl or a boy?!