“Men,” a short film on Super Deluxe by Jon Daly and Gil Ozeri 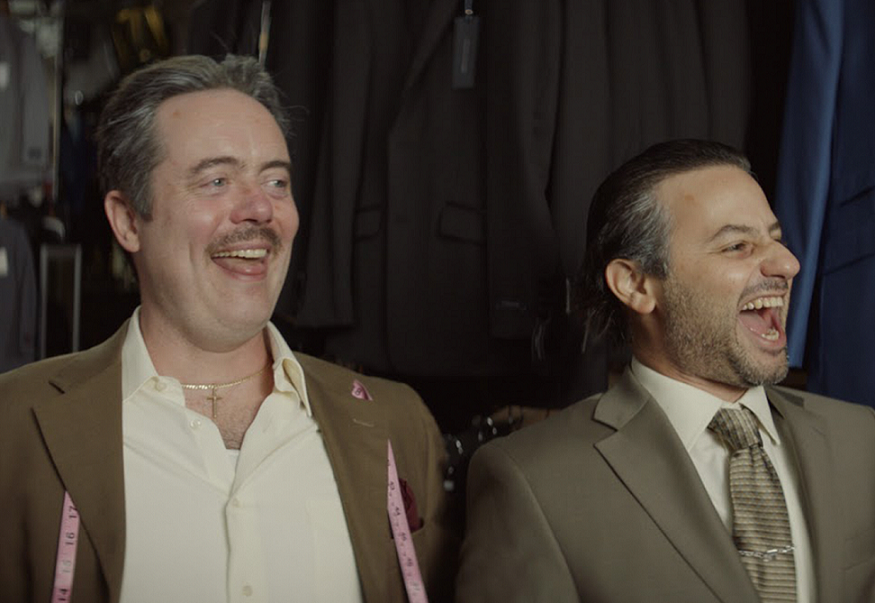 Vic and Gene are two guys who sell suits for a living. They may be #notallmen, but they are most definitely Men, and this short film for Super Deluxe explores a day and long night in the lives of these two schmucks.

Most definitely Not Safe For Work.

Directed by Bill Benz, and starring, created and written by Jon Daly and Gil Ozeri.

This is the kind of long-form, short-film project you might have seen on Adult Swim (and Daly has done that before), but now it’s on Super Deluxe. Is this the first of more surreal short films to come for Super Deluxe? While we await the answer to that question…

Roll it if you got it!

Dana Carvey with David Letterman, voicing Robin Williams and Jay Leno, while Williams is on Leno

Why did the mosquito cross the road? Bobby Bottleservice’s joke contest