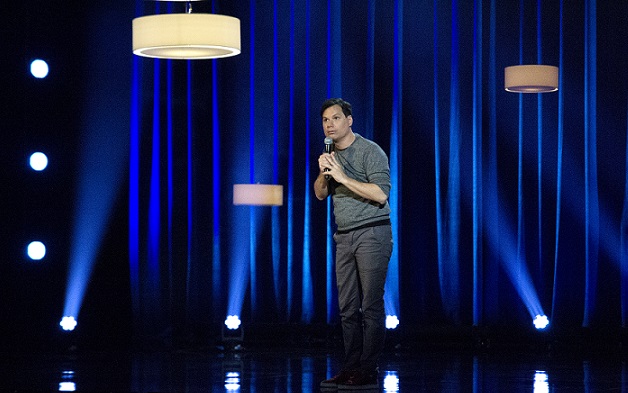 Michael Ian Black opens his new stand-up special, Noted Expert (his third hour, and first for EPIX), by noting that you can tell it’s going to actually be special, then suggests kicking things off right with a montage of puppies licking his face.

Almost on cue, things don’t go well. Almost as poorly as Ted Cruz showing human emotions. At least MIB is human. And has emotions. And always shows them.

So he’s surprisingly upfront at the beginning of his 58 minutes onstage by letting us know: “I’m not feeling as confident as a I sometimes do when I do comedy, because I have not been doing stand-up comedy for like the past year, or year-and-a-half, because I have been so busy with my day job, which is getting television shows canceled. And you know what, you guys? And I’m not saying this to brag, but it’s a job I’m pretty good at.”

“I’m just a vessel…,” he suggests, “and God is cancelling television shows through me.”

If you really want to go down memory lane with Michael Ian Black, hear him describe his comedy career with me in Episode #6 of my podcast, The Comic’s Comic Presents Last Things First. (also on iTunes).

He’s actually done much better than he’d give himself credit for, even though his stand-up comedy and TV talking-head commentary usually gives off an air of elitism. It’s a dichotomy or paradox or much better word an English major would come up with to describe what makes Black’s stand-up comedy — and his onscreen persona — work separately but equally well. As a stand-up, he knows enough to take himself down a peg. Onscreen, he lets the main character or the audience do that.

Which he quickly illustrates by dropping a Walter Kerr reference for you older kids and theater nerds out there to describe his perhaps less-than-stellar career. Which he acknowledges aloud just as I’m typing the recognition myself. “That is the kind of edgy shit you can expect all night!” Take that, Louis CK, Black says. Dennis Miller, you may stand down.

Though he has a wife and two kids, Black is keenly aware that you may think he’s gay, and it either helps or hurts his case (depending upon the need for the joke) that that’s his role on The Jim Gaffigan Show on TV Land now. And other shows. And perhaps having sex with Bradley Cooper in Wet Hot American Summer in 2001 may have set that all in motion. Why do people still think he’s gay? Black’s reply: “I just kiss men and pretend to have sex with men, for money.”

He also sees gender roles and sexism running rampant toward everyone from birth, witnessing strangers who encounter his own son and daughter for the first time, with dramatically different reactions based solely on the gender. Black keenly reads between their lines to know what kind of trouble they’re implying his daughter will get into when she’s older. How come they don’t think his son will be a whore, though? Roll the clip.

Black has been married for 17 years, and thinks the key is learning how to speak his wife’s language — even if “she only speaks in Zen riddles.”

For example: “Why did you let me eat so much?”

He has solved that riddle. He knows he and his wife will make it, because they survived building a house together. But he also knows that couples fight, and he’s also cleverly unlocked your mind from whatever you think may happen after a fight.

Black enjoys playing with language or common terminology as if they were riddles to be turned into jokes, too.

What is a guilty pleasure, and why are you guilty about it? “Just enjoy it!” Even though you’re garbage for watching garbage TV like The Bachelor.

What if a dream house is really about having a setting to dream about future experiences? If so, Black dreams of a world without colic, that scientifically generic term to describe why some babies seemingly won’t ever stop crying. Which happened with Black’s son. “He sounded like Danny DeVito as the Penguin in the Batman movies,” he said. “Try living with that shit. You will go out of your fucking minds!”

You shouldn’t shake your baby, but can you throw your baby through a loophole?

Black’s son eventually gets a last laugh at dad’s expense, thanks to a local amusement park tilt-a-whirl — and Black’s struggle to avoid showing weakness in front of his son. Directed by Ryan Polito, this bit employs thoughtful camera work to let you feel his pain in that moment.

Talk about wordplay. Talk about Black’s sensibility. It all comes together in a moment when Black chooses how to ease his audience into a bit about whether he’s a pro-choice liberal asshole.

“Understood. But I think abortion is a very fertile topic for comedy.” Take a bow, Michael. Oh, he did? Bravo. Oh, I didn’t say encore. But there he is, bowing again, loving himself for the wordplay merely introducing the premise. He then starts breaking down the arguments for and against what constitutes life, exactly. Calling fertilized eggs “jizz babies” is enough to already launch Black into a set of high-fives along the front row of his audience. Then he examines the pro-life definition of life. What is the cutoff? “Viability.” What’s that? “The fetus to live outside the womb without intervention.” Which, as Black suggests, would mean that even babies would fail to meet that definition. Have you seen a baby do much of anything for himself or herself? Eggsactly.

The climax of Black’s hour of noted expertise comes when, on a drive from NYC back to his home in the Connecticut suburbs, a routine sobriety checkpoint stop turns into an unexpected arrest. Lessons are learned. Blame is levied. And Black polls the audience to see if anyone in attendance has a better, more colorful arrest story than he does — which provides an amusing few minutes as the audience comes ready with both successful and failed attempts.

As for Black’s own jailhouse experience? He has become a noted expert on the symbolism and subtext of fingerprinting. That much is sure. You don’t even need to Google it. 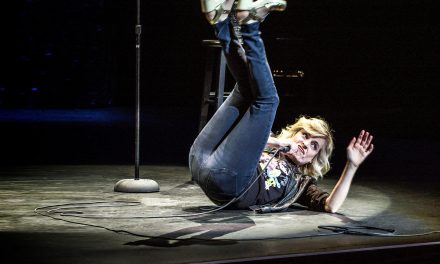 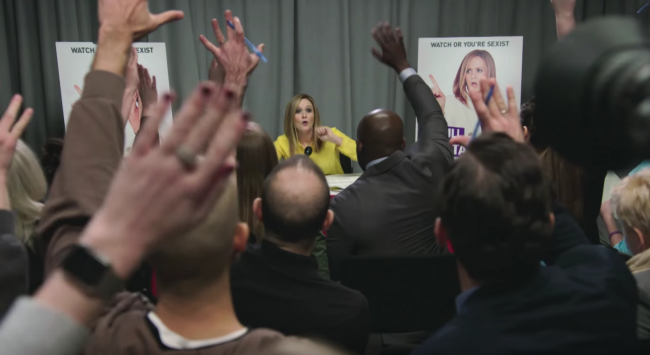 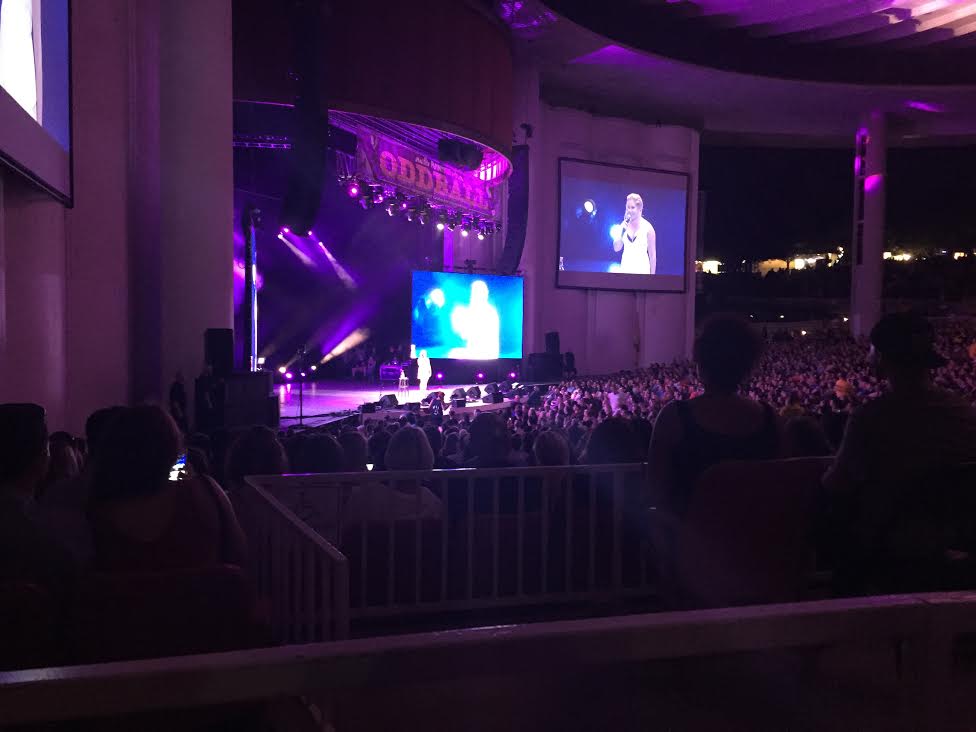