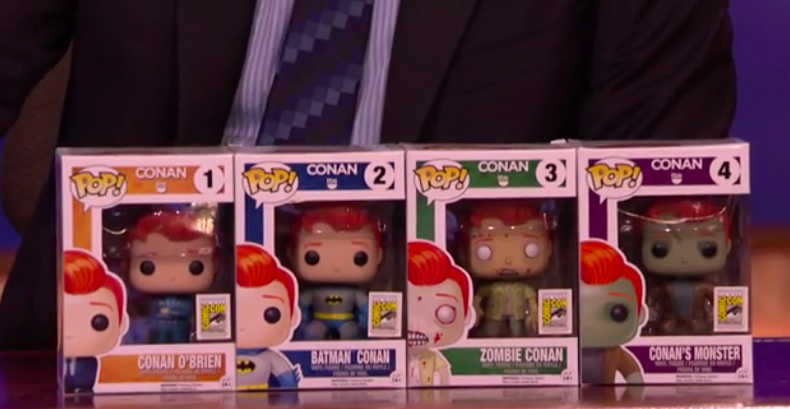 Conan O’Brien is taking his Team Coco to Comic-Con 2015 in San Diego for a week’s worth of tapings this July, and on Monday night’s show on TBS, Conan unveiled a new set of toy figurines that Funko has made just for the occasion.

Which one is your favorite?

O’Brien said Team Coco will be giving away the limited-edition toys for free during Comic-Con, so be sure to check with them for more info on that if you’ll be in San Diego then (July 8-11, 2015).

If you’re curious, Funko already has made other Pop! toy figurines based on other popular TV and movies, including: Arrested Development, Childrens Hospital, Family Guy, Orange is the New Black, 21 Jump Street, Back to the Future, Beetlejuice, The Breakfast Club, Elf, Ghostbusters, Jay and Silent Bob Strike Back, Sixteen Candles, Superbad, Talladega Nights, and The Big Lebowski. 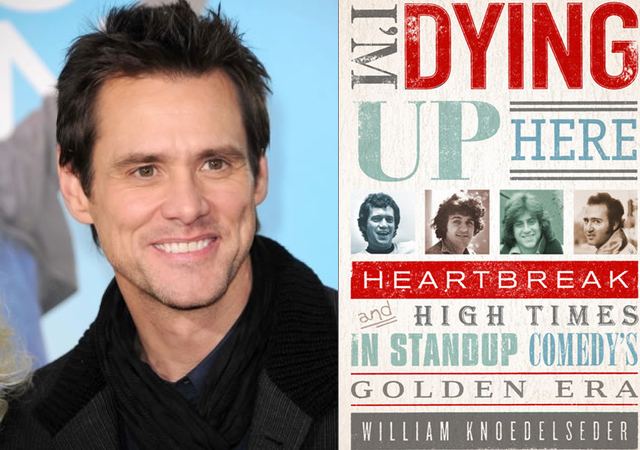 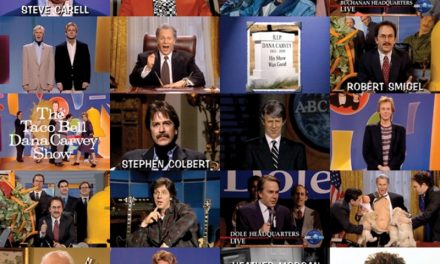 Coming in October 2017: “Too Funny to Fail,” a Hulu documentary about The Dana Carvey Show