Someone told Woody Allen that all of these bad headlines surrounding Bill Cosby meant it was a good time to come back out into the spotlight?

Amazon Studios today announced a deal with Allen for a full season of Untitled Woody Allen Project, a half-hour series and Allen’s first, which he’ll write and direct.

Quotes from the press release:

“Woody Allen is a visionary creator who has made some of the greatest films of all-time, and it’s an honor to be working with him on his first television series,” said Roy Price, Vice President of Amazon Studios. “From Annie Hall to Blue Jasmine, Woody has been at the creative forefront of American cinema and we couldn’t be more excited to premiere his first TV series exclusively on Prime Instant Video next year.”

Woody Allen added, “I don’t know how I got into this. I have no ideas and I’m not sure where to begin. My guess is that Roy Price will regret this.”

Nothing was mentioned about accusations of rape by Allen’s adopted daughter, Dylan Farrow.

This week on late-night TV 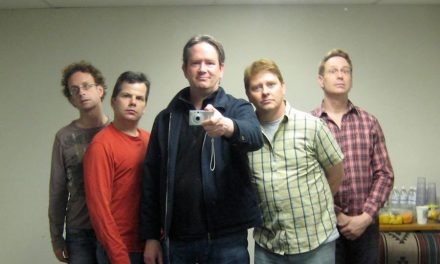