“Why We Laugh: Funny Women,” narrated and executive produced by Joan Rivers 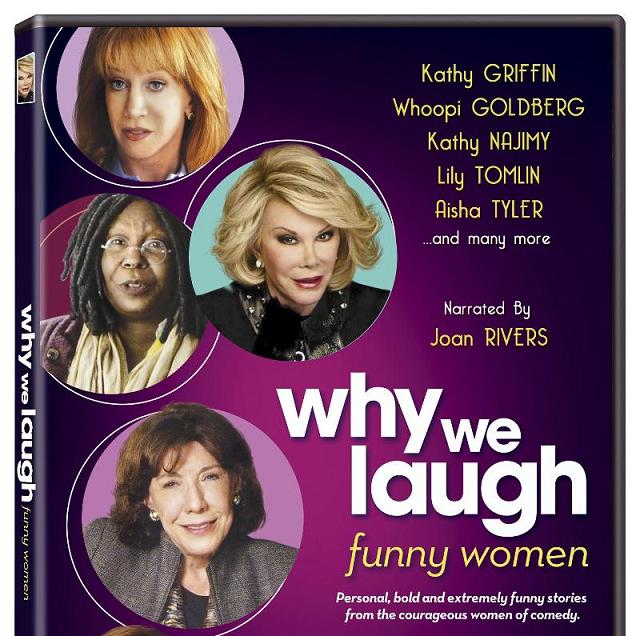 In 2012, after her acclaimed documentary had wowed film festivals and she surged back into our consciousness even more with a “win” on NBC’s Celebrity Apprentice, Joan Rivers put together a new one-hour special for Showtime, Joan Rivers: Don’t Start With Me (it’s airing again tonight, as well as On Demand and via Hulu Plus).

Perhaps more significantly, Rivers also paid it forward to the women who have come after her onstage, executive producing and narrating a documentary devoted to funny women, which debuted last year.

Why We Laugh: Funny Women is airing tonight and several more times on Showtime, and also is available now on DVD. 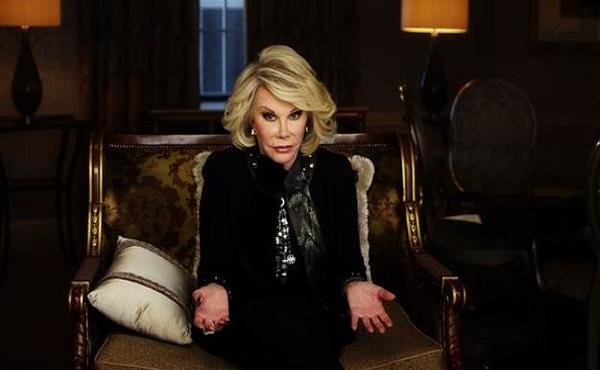 It’s directed by Bernard Gourley, but you don’t see a man onscreen or any mansplaining about women in comedy. Instead, Rivers opens, closes and narrates throughout the documentary. She opens, naturally with a joke. “If I had to choose between funny and beautiful? Beautiful,” she said, before putting her finger to her lips to make a ‘shhh’ motion. “Don’t tell ’em. Fucks the whole hour.”

“Stand up comedy for a woman is not a calling,” Rivers said. “I don’t think anybody says I want to get on a stage and grab a mic and say, ‘Where you from?’ But it’s much more than a vocation. It’s just, it’s a lifestyle. And it’s a very tough lifestyle. It’s a very lonely choice of vocation.”

Few of them knew they wanted to be comedians, but all of them desired the stage in some form before finding audiences laughing at what they were saying and/or doing onstage.

“I thought you had to be an old man in a suit,” Leggero said, describing her early impressions of what comedy was, “telling jokes about your wife.”

Judy Gold: “When I got my first laugh, and then I got another laugh, it was like God had spoken to me.”

And yet, many women with successful comedy careers wonder why women would choose that. Perhaps it’s because their parents or families were not initially supportive of their decision to pursue it. Several comedians recall their families encouraging them to become nurses, dental hygienists, flight attendants, law clerks, anything but comedians.

The documentary is a testimonial, or dozens of testimonials, to the experiences of women in stand-up comedy. It’s structured initially in a career arc, culling the first inspirational moments and first gigs of the comedians, then grouping their life stories by topic: I’m Not Crazy…Am I?, It’s in the DNA, Truth Telling, Double Standards, Comedy & Tragedy, Women Aren’t Funny?, Let’s Talk About Sex, Alone in Sheboygan, Be Yourself, Funny Don’t Wrinkle, What Is Success?, I Am A Comic, Our Time Is Now.

At first, the talk isn’t gender-specific at all. Doesn’t matter if you’re a man or a woman, the first time you realize you’re funny, want to be funny, and then try to be funny professionally — those all feel the same. They tend to agree that a comedy career appears more attractive to youths who feel bullied or overlooked. And women have the same debates about whether you can teach comedy in a classroom or club, or whether you’re born funny or can learn how to be funny only by going onstage and doing it over and over again. The affirmations feel just as good, too, from fans or peers.

The sense of fearlessness. Ah, there’s the rub. For women note that it takes more courage, balls even, to go into comedy. They admire Phyllis Diller, Lucille Ball, Jean Carroll and Moms Mabley for achieving success at a time when no other women could or would.

Rivers, who caught an early break writing jokes for Diller, noted the double-standard the industry held toward women back then was ridiculous. “If you were halfway human, they wouldn’t laugh at you,” Rivers said. “You would automatically be thought of as, oh, she’s a singer, she’s not going to be funny. You had to be so outrageous. That was one big obstacle. You had to come on and either be huhhhuhuh. Even Phyllis Diller, whose lines, just her sheer verbiage was so brilliant, but she just couldn’t stand there the way a make comic could, and say it. She had to have the crazy hair, and the crazy laugh, and the cigarette all the, and the stupid outfits, because they wouldn’t think she was clever enough.”

Even now, too many men continue to be intimidated or threatened by funny women, or only can think of women as sexual objects. Some comedians say it’s also still a problem convincing club owners, show bookers and studio executives that women deserve spots, and not just a quota slot, in the lineups.

Life on the road, too, remains more difficult for those women who feature or headline comedy clubs. Female comedians are not trying to hook up with fans or the waitstaff after shows.

“It’s a very weird life to agree to,” Madigan said. “And I think that’s why, any female comic, road, that’s doing the road. I have to qualify that. That’s really doing it, even if their act sucks, I still respect them because I know, if the crazy train came, I’m on it with her.”

Why We Laugh: Funny Women is worth watching for comedy fans of any age or gender, but it’s especially inspiring and educational for girls and young women with a yearning for stand-up comedy. Rivers ends the film on a hopeful, albeit tearful note, holding back tears as she explains the beauty and magic of sharing the ups and downs of life with an audience for an hour and a half each night.

“Comedy is such a warm blanket to put around everybody,” Rivers said. “And that you can do it, and get a check in the end? You can’t have a better life.” 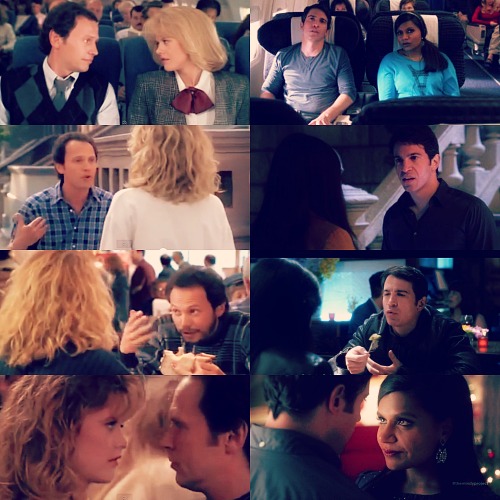 Complete your Hannibal Buress collection by buying his CD, “My Name Is Hannibal” 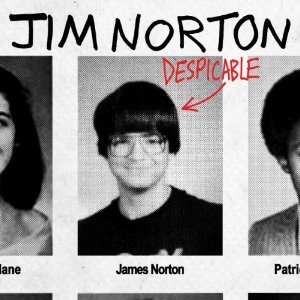